The price has been sweetened by 64%.

It seems the latest stop-and-start multibillion-dollar marriage in the tech sector is now, once again, a go. On Thursday, Cisco Systems (CSCO -1.13%) and Acacia Communications (ACIA) announced in a joint press release that the merger will go forward. On top of that, they've agreed to a dramatic increase in the price Cisco will pay to effectively acquire its peer.

The deal has been in the news after Acacia rather surprisingly sent notice that it was terminating it late last week. The company cited China's State Administration for Market Regulation (SAMR) not approving the arrangement in a timely manner as its reason for doing so. Cisco promptly sued Acacia in a Delaware Chancery Court to force the issue. 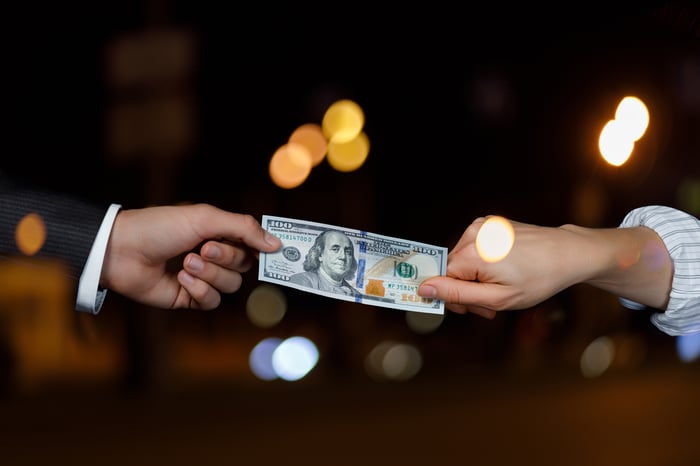 The Wall Street Journal quoted an unnamed Cisco spokeswoman as saying that the company intends to get the lawsuit dismissed.

If the deal finally sails through, it will be far larger than first envisioned. When the two companies signed the original agreement in July 2019, Cisco pledged to pay $70 per share for Acacia -- a 46% premium to the latter's stock price at the time. Under the revised terms, the price has zoomed to $115 -- all told, this amounts to roughly $4.5 billion.

Cisco, which has been struggling to restart its growth engine, sees great promise in the maker of optical networking solutions.

The two companies said in the press release that their marriage "reinforces Cisco's commitment to optics as a critical building block that will enhance the company's 'Internet for the Future' strategy with world class coherent optical solutions for customers, further enabling them to address the unprecedented scale of modern [information technology]."