Please ensure Javascript is enabled for purposes of website accessibility
Log In Help Join The Motley Fool
Free Article Join Over 1 Million Premium Members And Get More In-Depth Stock Guidance and Research
By Jennifer Saibil - Jan 15, 2021 at 10:52AM

One was a pandemic winner, the other a pandemic loser. But they're both headed toward growth.

When comparing two companies and labeling one as old and established vs. new and disruptive, it feels strange to suggest that Amazon (AMZN -7.16%) is the former. But next to the young and dynamic lululemon athletica (LULU -10.79%), it seems to be most accurate to position the king of e-commerce in the slot of the leading, powerful giant, and to label Lululemon as the upstart that's making waves in retail.

Both are growing companies whose stocks have seen fantastic gains in recent years. But which one is the better buy today?

Amazon has unquestionably benefitted during the coronavirus pandemic as new and returning customers have turned to the trusted source for online shopping to purchase items and materials they couldn't access safely and/or conveniently in other ways. In its most recently reported quarter (Q3, which ended Sept. 30), Amazon's sales increased 37% year over year. Earlier in the year, demand for essential products was so intense that at one point the company put the sale of some non-essential items on hold so as to manage the surge in deliveries. 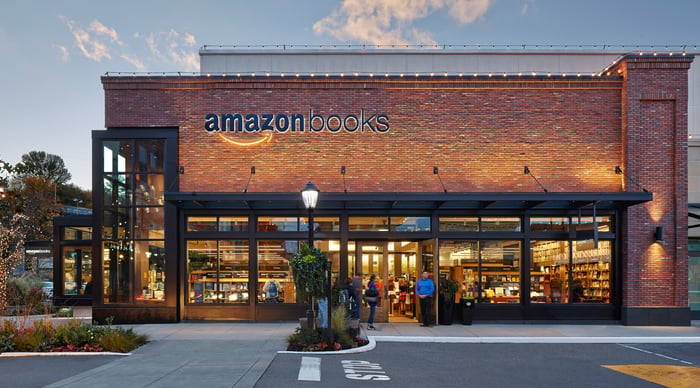 Third-party sellers have been a huge part of the company's continued success, and Prime Day sales for third-party sellers increased by 60% in 2020. The company's progress as a platform rather than a reseller is a positive step for profitability as it facilitates sales and reduces the need to buy and store its own goods.

Amazon Web Services has also had a positive effect on income, as revenue from that segment in the third quarter accounted for 12% of the total, but represented more than half of total earnings. The high-margin business keeps getting new and large customers, and it can easily be scaled to meet greater demand without heavy investments.

By comparison, Lululemon's sales dropped along with most of retail apparel during the pandemic as stores were temporarily closed for limited periods and some customers instead focused their spending on essentials. First-quarter sales (which ended May 3) dropped 17%. That was actually a relatively small drop in comparison to direct competitors like Nike (down 38%) and Under Armour (down 41%) during similar time periods. Lululemon also managed to bounce back quicker than its competitors when stores began to reopen, with a 2% year-over-year sales increase in the second quarter and a fantastic 22% year-over-year increase in the third quarter.

Digital sales and services were an important part of the company's quick recovery. Lululemon's online efforts have been baked into the company's business model from the beginning, positioning it to perform well even under lockdown circumstances. Digital orders grew 64% year over year and accounted for more than half of the total during the worst parts of lockdown. The digital segment increased by 94% year over year and contributed 42% of total sales in the third quarter, even as pretty much all stores resumed operations.

Growing in the new normal

Amazon was well prepared for this unique economic moment, and the shift to digital that accelerated during pandemic-dominated 2020 isn't reversing course as we enter 2021. If Amazon was the leading online retailer before, it is now even more so the retailer to beat. It's forecasting 28% to 38% sales growth in the fourth quarter. We will find out how well it actually did on Feb. 4. 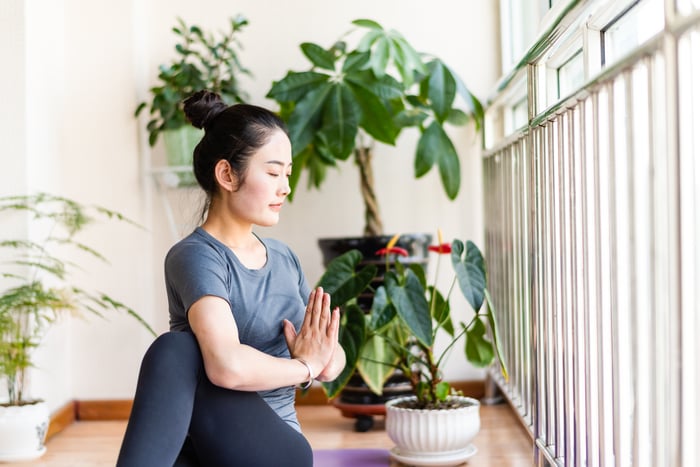 The company has a number of businesses, including retail, AWS, third-party sales, devices, and more. It hasn't succeeded at every new operation it's tried, but it keeps trying. It has been angling to get into grocery, the top retail spending category for Americans, for a while, and it made significant progress in 2020 with the opening of several Amazon Go and Amazon Fresh stores, which feature cashierless technology and other digital enhancements.

Lululemon is also gearing up to report its fourth-quarter results and forecast future success. It's still working toward its pre-pandemic "Power of Three" strategic goals to double men's sales and quadruple international sales through product innovation, omni guest experiences, and market expansion. Lululemon acquired connected fitness company Mirror in June to expand its business, demonstrating its ability to move into new areas and bring value to investors.

Lululemon management released an update earlier this week saying that it expects fourth-quarter revenue to be at the high end of previous forecasts, suggesting a mid- to high-teen percentage increase in sales, and earnings to be at the high range of expectations.

These are both top companies that are likely to continue providing gains for their investors. Both companies are trading at relatively high valuations -- 92 times trailing-12-month earnings for Amazon and 83 times for Lululemon -- but those valuations are both actually lower when compared to past valuations for these companies.

You can't go wrong with either stock here, but if I could only add one to my portfolio, it would be Amazon. It's leading retail into the future in so many ways, and it's growing faster. It also has a better chance to perform well if there are further lockdowns or other economic disruptions. The case for more long-term gains is more compelling, and even at its current valuation, now is a good time to buy in or add to a position.