The move will allow the plant-based-meat maker to triple or quadruple its HQ research and development staff.

In a press release this morning, plant-based-meat maker Beyond Meat (BYND -7.01%) said it is leasing a 300,000 square foot campus to serve as its new headquarters, giving it a huge space increase for research and development facilities. The building is currently under construction in the California city of El Segundo by Hackman Capital Partners and several other companies. It should be completed this spring and will open as Beyond Meat's new HQ in autumn of this year if all goes according to schedule.

Beyond Meat says the facility will house three to four times its current number of R&D people once the three-phase opening of the campus is complete. This greatly expanded team of researchers will work in high-tech conditions featuring "advanced research labs," artificial intelligence, machine learning, and other technology selected to speed up the process of developing new plant-based products for the company's lineup. 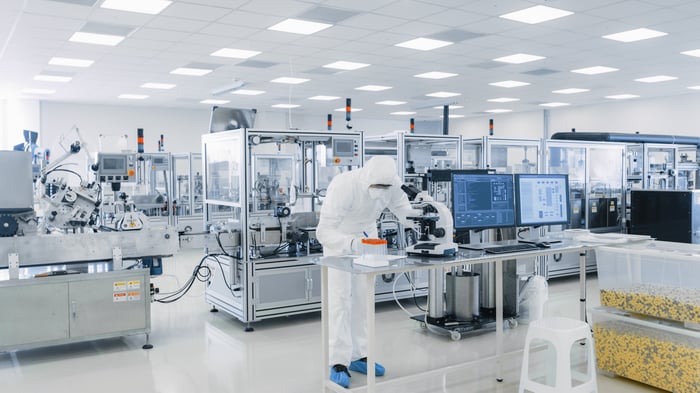 Ethan Brown, the CEO and founder of Beyond Meat, remarked the research carried out at the new campus will aim to "advance ever more rapidly against our taste, nutrition, and cost metrics."

Beyond Meat rolled out several new plant-based meat products during 2020, and is said to be currently working on a brand-new, "unique" creation for Taco Bell. In the meantime, its rival Impossible Foods is also putting money into research, looking to develop, among other products, plant-based milk that doesn't curdle in hot beverages like tea or coffee, and a "crackable" plant-based egg.

Beyond Meat's first-mover advantage and some of its product features have resulted in strong gains, but ongoing innovation and products capable of penetrating major international markets such as China may be the key to maintaining its current growth into the future.