Please ensure Javascript is enabled for purposes of website accessibility
Log In Help Join The Motley Fool
Free Article Join Over 1 Million Premium Members And Get More In-Depth Stock Guidance and Research
By Zhiyuan Sun - Jan 16, 2021 at 6:21AM

Marijuana companies that can turn a substantial profit have been known to reward their investors handsomely.

Trulieve (TCNNF -0.93%), Green Thumb Industries (GTBIF -4.27%), and GrowGeneration (GRWG -12.24%) have at least tripled investors' money over the past year alone. Those are substantial returns considering that the industry benchmark, the Horizons Marijuana Life Sciences ETF, only returned 22% over the past 12 months. Just what could be behind such amazing outperformance?

As it turns out, a Democrat-controlled Senate could be the catalyst needed to put the U.S. on the path to decriminalizing marijuana at the federal level. Businesses are scrambling to tackle the cannabis market opportunity, which could be worth over $100 billion. Today, let's look at the most successful cannabis companies in the U.S. and why you should consider adding them to your portfolio. 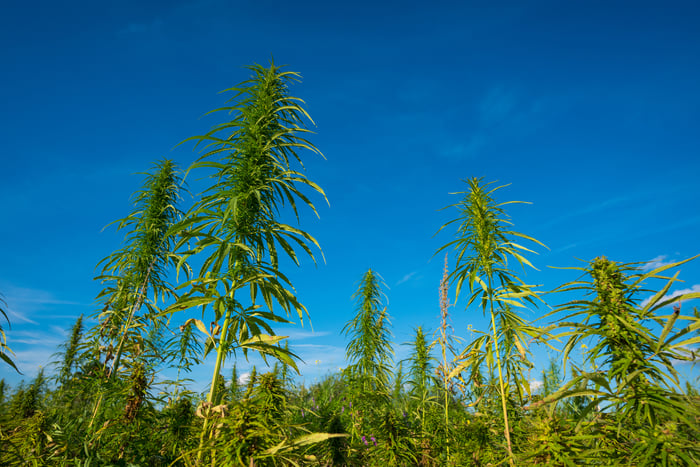 Medicinal marijuana producer Trulieve holds the leading position in the medicinal pot sector in Florida, with a 52% market share. Of the company's 75 dispensaries, 70 are located in the Sunshine State. Right now, each of its locations averages $9 million per year in revenue.

Its products are top-quality, and the company boasts an impressive 79% consumer retention rate. In 2019, Trulieve's patients spent roughly $3,900 per person per year on its medicinal pot, a massive increase over the $2,900 seen in 2018.

It should be no surprise that for 2020, the company expects to increase its revenue; management forecasted an increase to $485 million from 2019's $252.8 million. (Fiscal 2020 ended Dec. 31 for Trulieve, but results have not been released yet.) That's an excellent growth rate, considering that the company trades for about 11 times sales. Trulieve is also wildly profitable, bringing in about $17.4 million in net income per quarter.

With 51 stores nationwide, Green Thumb is one of the more geographically diversified growers out there. In the event of decriminalization or legalization, more than 150 million Americans in 12 states could potentially access Green Thumb's pot selections.

Thanks to its award-winning line of cannabis flowers and edibles, Green Thumb expects it can generate over $800 million in revenue in 2021, a sizable increase over its estimate of $500 million in revenue for 2020. That would be quadruple the numbers it posted in 2019. The company will be reporting full year 2020 earnings in March.

Management is also taking steps to increase the efficiency of its operations. In the third quarter of 2020, the company swung to a net profit of $9.6 million, compared with a net loss of $14.6 million in Q3 2019. If a pot business growing at nearly 60% year after year sounds all right to you, definitely consider Green Thumb. Right now, I think the company is far from overvalued at 13 times sales.

GrowGeneration is also a big player in the marijuana industry, but unlike Trulieve and Green Thumb, it does not deal with marijuana plants directly. Instead, it sells the necessary hydroponic and gardening equipment required to grow marijuana. GrowGeneration operates the nation's largest chain of stores for this purpose, with 39 locations across 11 states.

Increasing hype about, and access to, marijuana helped GrowGeneration's revenue increase by a staggering 140% year over year, to $192 million, in 2020. In 2019, it only brought in $80 million in sales.

That's not all. Management projects that the momentum will continue, with a $350 million sales projection for this year. The company is quite profitable and projects that it can generate roughly $11 million in pre-tax earnings.

Next year, it expects to open 14 more locations nationwide. If you are looking for a solid pot stock, GrowGeneration is a fantastic choice. Despite its hyperbolic growth, it is only trading at 14 times forward revenue.