Those cute Serve robots could soon end up in a separate company.

Would you invest in a company that focused exclusively on robot food delivery?

Uber Technologies (UBER 3.47%) might be betting that the answer is "yes." On Friday, TechCrunch reported that Postmates X, the automated division of the food delivery service Uber bought last July for $2.65 billion, is in search of investors in a play at becoming a separate company. 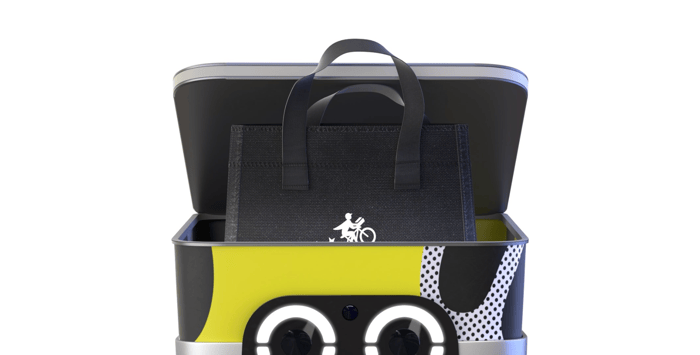 The top half of a Serve robot. Image source: Postmates (Uber).

According to "several sources familiar with the matter" interviewed for the story, the spinoff would become known as Serve Robotics, after the Serve delivery robot developed by the unit. Current top managers would still hold the reins, and Uber would hold an ownership stake of around 25%. Uber and Serve Robotics would also maintain a collaboration agreement in the robo-delivery sphere.

The article noted that a web domain, serverobotics.com, was registered on Jan. 6.

Assuming the story is accurate, the Postmates X/Serve Robotics spinoff fits in well with Uber's current strategy. In order to lift the habitually loss-making company toward profitability, CEO Dara Khosrowshahi has been shedding business units that are cost centers.

Already struggling before the coronavirus pandemic, Uber's difficulties were exacerbated by notable declines in ridership as people curtailed their travel activities.

Last month, for example, it sold Uber Elevate, essentially a skunkworks concentrating on aerial technologies such as delivery drones and air taxis. It also divested its Uber ATG autonomous vehicle division, and its urban mobility unit Jump. As with the speculation about Postmates X, Uber maintained stakes in the businesses it sold through somewhat complicated arrangements with the buyers.

Uber has not yet commented on the TechCrunch story.