Please ensure Javascript is enabled for purposes of website accessibility
Log In Help Join The Motley Fool
Free Article Join Over 1 Million Premium Members And Get More In-Depth Stock Guidance and Research
By Bradley Freeman - Jan 17, 2021 at 8:24AM

Why you should stay away from this e-commerce company.

As a result, e-commerce platforms like Ozon Holdings in Russia took advantage, but not all did. Here, we will explore two main reasons why Jumia Technologies (JMIA -2.61%) -- a company striving to be the Amazon of Africa -- is not a good investment. 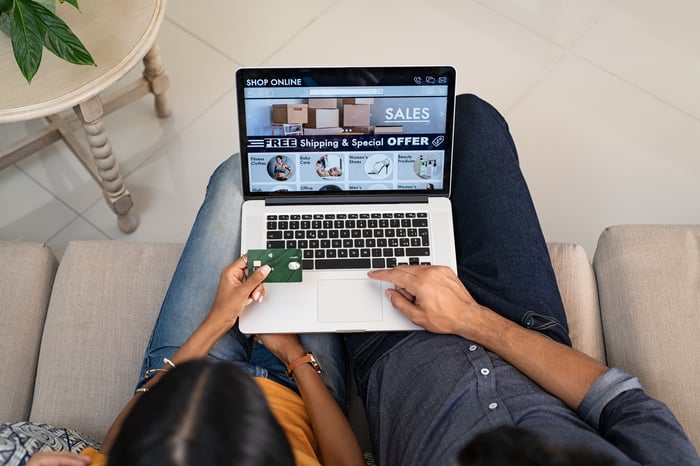 The first nine months of 2020 were challenging for the company. Its total revenue fell 11.9% year over year to 97.9 million euros ($119 million), driven mainly by a 47.2% drop in its first-party revenue (sales made directly by the company). Gross merchandise value (GMV) for the company declined 18% over the same period as well.

To be fair to the company, it has been pulling back on growth spending in order to more quickly achieve profitability. Jumia certainly deserves credit for its operating margin improving from negative 150.1% to negative 111.6% year over year, but it's still far from profitable and now also faces shrinking demand.

When comparing this company to Ozon -- one of its counterparts in Russia -- these results don't look so good. Ozon maintained 142% GMV growth over the first nine months of 2020 with revenue spiking 70% to 66.6 billion rubles ($906 million) -- far better growth on a larger revenue base for the Russian e-commerce operation.

Ozon is also enjoying similar margin improvements to Jumia and is much closer to profitability while also boasting those stronger top-line figures. Its operating margin improved from negative 31.7% to negative 17.7% year over year. It appears Ozon can juggle the combined efforts of growing quickly and increasing profitability -- unlike Jumia.

Even with the superior fundamentals, Ozon trades for 5.3 times forward sales estimates, while Jumia fetches a forward-sales multiple of 17.8.

2. A complicated path to expansion

The untapped nature of African e-commerce is undeniably attractive for Jumia's growth prospects, but realizing that growth may not be so easy. As of 2020, the African continent boasted a 39.3% internet usage rate. As an e-commerce platform, Jumia relies on broad internet usage rates in order to capture consumption from the entire populations it's serving -- and 39% is low.

The global average for internet usage is 59%, and when we look at Ozon again as a comparison, its home nation of Russia has internet penetration pushing 83%.

To be fair, all of Jumia's countries of operation boast a less than 3% e-commerce penetration rate, which presents a massive opportunity for future growth. Still, the lack of internet usage across Africa will make taking advantage of low e-commerce penetration a more difficult and therefore less certain process.

For some examples of how this could be the case, look no further than some of Jumia's attempted expansion endeavors. The company has not found uniform success across Africa -- it quickly exited countries such as Tanzania, Rwanda, and Cameroon in order to focus resources on other, more established nations. These are all relatively small markets compared to some larger markets like Nigeria and Egypt, but those struggles are still far from ideal.

Beyond exiting certain countries, Jumia has also shut down its travel business and some of its ride-sharing businesses as well.

Perhaps another consequence of the difficult nature of growing an e-commerce business in Africa is the high cost of expansion. This company is largely trailblazing the continental, African e-commerce network while some other comparisons from more developed geographies can take advantage of more established infrastructure. Trailblazing is not cheap.

Jumia will need to spend to support its ambitious goals -- and it is far from reaching profitability. This combination perhaps contributed to its need to recently raise equity and may mean it has to do so again in the future.

E-commerce around the globe is poised to enjoy rapid growth long term. Still, Jumia's underwhelming financials and its complicated path to expansion are simply not compelling enough for me to buy the stock. For these reasons, I would look elsewhere for e-commerce exposure in my portfolio.