Money transfers will be available at the retailer's stores starting this spring.

Forging a new partnership as it continues its expansion into a wide variety of services, retail giant Walmart (WMT 2.13%) announced today it has a new deal with financial services company Western Union (WU 0.51%) to offer the latter's worldwide money transfers at its American stores. The service will become available sometime this spring, rolled out over an unspecified amount of time until it is offered at 4,700 locations.

Walmart's vice president for financial services Wilbert Noronha said in a press release that the new partnership is part of the company's push to be "a place [customers] trust for their financial needs" and not just a shopping destination. 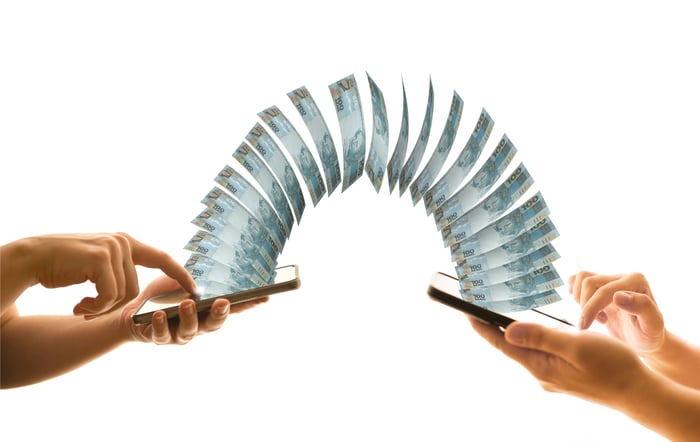 The company has been expanding its range of services aggressively over the past year since its rivalry with Amazon went into high gear. Jockeying for a share of the new business the two enormous retailers have gained from COVID-19 and the destruction of American small businesses caused by lockdowns, Walmart has several finance-related projects underway in addition to grocery delivery and the Walmart+ subscription program initiatives. One of these is a fintech start-up slated to be launched in cooperation with venture capital firm Ribbit Capital.

For its part, Western Union saw its revenue fall 4% year over year to $1.5 billion for the third quarter of 2020, because of the pandemic's effects. But its digital revenue jumped 45% for the quarter. Adjusted earnings per share rose sharply, reaching $0.57, compared to the $0.49 in the year-ago quarter, thanks to Western Union's productivity initiatives.