Please ensure Javascript is enabled for purposes of website accessibility
Log In Help Join The Motley Fool
Free Article Join Over 1 Million Premium Members And Get More In-Depth Stock Guidance and Research
By Jim Halley - Jan 22, 2021 at 7:55AM

Shares in this biotech company are down considerably from where they were this summer, but the stock looks ready to take off again.

The stock market is full of inflated valuations, so it's hard to find bargains. It's difficult to "buy low, sell high" if everything seems to be selling high. That's why I like BioMarin Pharmaceutical (BMRN 1.07%), a biotech company founded in 1997 in San Rafael, Calif. The company is healthy, yet its share price is down nearly 35% over the past six months, presenting a great buying opportunity.

BioMarin specializes in enzyme replacement therapies. The drop in the company's stock coincides with news the company got from the Food and Drug Administration (FDA) in August when the agency requested more information before approving Roctavian, a gene-therapy candidate to treat hemophilia A, a genetic blood clotting disorder. The FDA requested two years of follow-up data on the patients in the drug's Phase 3 trial. With the final patient in the study not expected to finish post-treatment analysis until next November, that means the earliest the FDA could approve Roctavian would be toward the end of this year or early next year.

The company may still have to wait, but earlier this month, it released data that could move up the FDA timetable, and at the very least, bodes well for Roctavian's eventual approval. The company said results from the trial showed the drug met all primary and secondary efficacy endpoints in treating severe hemophilia A, lowering by 84% patients' severe mean annualized bleeding rate compared to current therapies.

If that was the only good news, that alone would boost the stock, but the company had a great third quarter and more positive information in a different drug's Phase 3 trial. 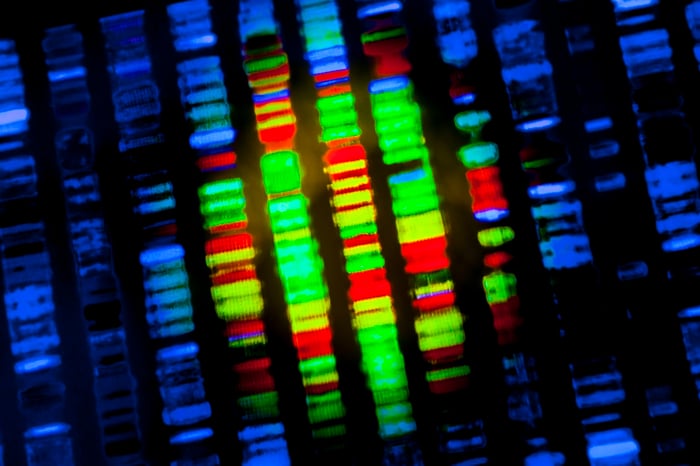 Let's start with a firm foundation

BioMarin has reported increased revenue in each of the past 15 years and is on track to continue that growth this year. Through nine months, the company's reported revenue was $1.4 billion -- up 13% year over year -- and its net income was listed as $837 million, compared to a net loss of $38.9 million in the same period in 2019.

BioMarin's niche is in rare genetic disease therapies. While these drugs may not have the consumer demand that say, a cure for baldness might, that also means less competition and a degree of patent and price protection. That explains the company's gross profit margins, which are above 73%.

Metabolic disorder drug Vimizim is still the company's biggest earner. The company said the drug produced revenue of $401 million through nine months, down 2% year over year, but it has other drugs that appear to be on their way up. Kuvan, which treats phenylketonuria (PKU), a rare inherited disease where the amino acid phenylalanine builds up in the body, had sales of $368.7 million, up 8% year over year. The company's fastest riser was another PKU drug, Palynziq, which increased sales to $121.4 million, up 120% over the prior year.

The company also released positive Phase 3 study information regarding Vosoritide to treat achondroplasia, a bone growth disorder that is characterized by dwarfism. In the study, the company said children with achondroplasia given a daily injection of Vosoritide increased growth velocity through their second year of treatment. 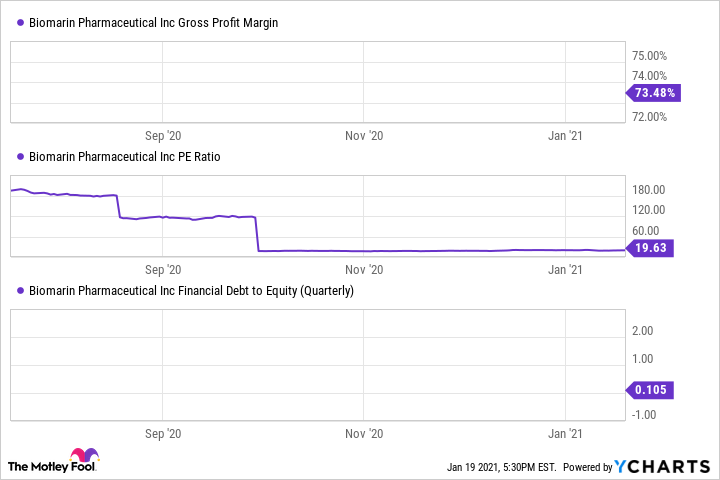 Patience that should pay off

It may take a while for Roctavian to be approved, but based on the biotech company's trial results, it seems like a slam dunk.

Hemophilia A is an inherited disorder where a patient's blood doesn't clot properly because it lacks clotting factor VIII. The disease affects one in 5,617 males, according to the U.S. Centers for Disease Control and Prevention. Roctavian is a gene augmentation therapy that gives patients the clotting factor their own genes can't provide. In the company's trial, Roctavian was more effective than the most common therapy of providing clotting factor.

If approved, it wouldn't take many patients for the therapy to be a huge revenue driver for BioMarin. Roctavian would likely be the world's most expensive drug, costing as much as $3 million per injection, according to some reports.

However, if the injection is found effective as a one-and-done long-term treatment, and there's still some debate on that, the company could promote the long-term savings to insurers since the current method of treating Hemophilia A, regularly injecting clotting concentrates from 100 to 150 times a year, typically costs adult patients $300,000 to $500,000 each year, according to ASH Clinical News.

Even without Roctavian's approval, the company's high margins and proven record of increasing revenue alone are reasons to buy the stock. The fall in the company's share price means it is undervalued now, particularly in the biotech sector, with a price to earnings ratio, trailing 12 months, of 19.58, plus a low debt to equity ratio of 0.105.