A Wall Street analyst's target-price hike may have had something to do with it.

Shares of Bionano Genomics (BNGO -6.55%), a genome analysis specialist, have been on fire of late, skyrocketing by more than 1,500% over the past month. On Friday, the company extended that upward run: Its stock was up by 12% as of 1:33 p.m. EST, after jumping by as much as 16.7% earlier in the day.

The company did not report any news today, but it did receive positive coverage from a Wall Street analyst.

Jason McCarthy of Maxim Group, a firm that provides equity research among other services, raised his price target for Bionano Genomics' stock to $14 from $2; he also kept a buy rating on the stock. Shares closed trading Thursday at $8.27, which means McCarthy still sees some upside for the stock.

Why did the analyst decide to increase his price target on this small-cap stock by 600%? In his note, McCarthy mentioned the recent presentations Bionano Genomics held that focused in part on the company's Saphyr Optical Genome Mapping Instrument. These presentations were instrumental in Bionano Genomics' recent rally as they helped build awareness for the company's potential in the fields of cytogenetics and genomics. 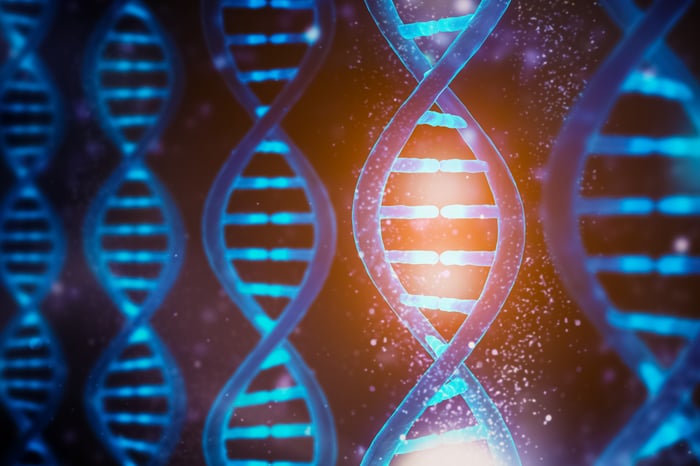 The Saphyr system has many potential applications. For instance, the healthcare company argues that it can help detect structural variations in solid tumors. This can, in turn, help the pharmaceutical industry develop better and more effective cancer medicines. These opportunities could be key growth drivers for Bionano Genomics in the long run. But this small-cap stock remains a risky bet, due in part to competition from other companies in this space. In short, it is worth keeping an eye on Bionano Genomics, but only investors with an above-average risk tolerance should consider initiating a position.