Please ensure Javascript is enabled for purposes of website accessibility
Log In Help Join The Motley Fool
Free Article Join Over 1 Million Premium Members And Get More In-Depth Stock Guidance and Research
By Jeremy Bowman - Jan 23, 2021 at 5:57AM

Even in a post-pandemic world, the movie theater operator faces a slew of structural challenges that will be difficult to overcome.

In theory, AMC Entertainment (AMC 1.82%) has all the makings of a top recovery stock. The movie theater industry has been crushed by the pandemic, with revenue down sharply, but audiences should return once it's safe. With the entertainment stock down 60% from pre-pandemic levels, the opportunity for the world's biggest theater operator is evident.

That line of thinking seems to have propelled the stock up nearly 50% year-to-date, as investors hope that pent-up demand for the theater experience will drive a comeback. Investors also see parallels with Gamestop, another heavily shorted entertainment brand that's made a surprising surge in recent weeks.

But can AMC stock recover?

It won't be easy. Management warned back in October that the company could be forced to declare bankruptcy by early this year if it doesn't get additional funding. In December, its own lenders urged it to file for bankruptcy, a move that would likely wipe out shareholders, and earlier this month, CEO Adam Aron said on CNBC that the company still needed to raise $550 million to stay afloat.

In other words, AMC is in trouble. And putting aside the high risk of bankruptcy, there are still a number of reasons to avoid the stock, as even in the best-case scenario its future still looks bleak. Here are the biggest risks facing investors right now.

Shareholders are getting seriously diluted

Like any other publicly traded company, AMC has two principal ways of raising cash. It can sell new shares, or take on debt -- and it's exercised both of those options repeatedly during the crisis. Even if the company survives the pandemic, these choices will have long-term impacts on shareholders.

Based on those filings, AMC's share count most likely will have at least doubled in just one quarter, meaning that existing AMC shareholders own just half as much of the company as they did three months earlier. In a normal environment, stocks are valued on a price-to-earnings basis, meaning that the company would have to earn double the profits in order for investors to get the same amount in earnings per share they had gotten before. That's a recipe for underperformance, not recovery.

Similarly, AMC's new debt doesn't come cheap. On Jan. 15, the company borrowed $100 million at a 15% interest rate, which follows previous loans at around 10%. Not only does that signal that lenders see it as a very high-risk borrower, but it also means that it will face huge interest payments in the coming years that will cripple much-needed investments in the business.

Through the first three quarters of 2020, AMC paid $233.7 million in interest expense, or an annualized rate of $311 million, on $5.8 billion in corporate borrowings. Its debt burden and the related interest expense were already squeezing the company before the pandemic struck, virtually erasing its operating profit.

Even in its best year in 2019, the company made just a little more than $300 million in operating income. In other words, AMC will have to exceed its best performance ever just to service its interest expense if it hopes to ever turn a profit again. That's not a promising sign for shareholders, especially as the company will only face steeper interest payments in the future. 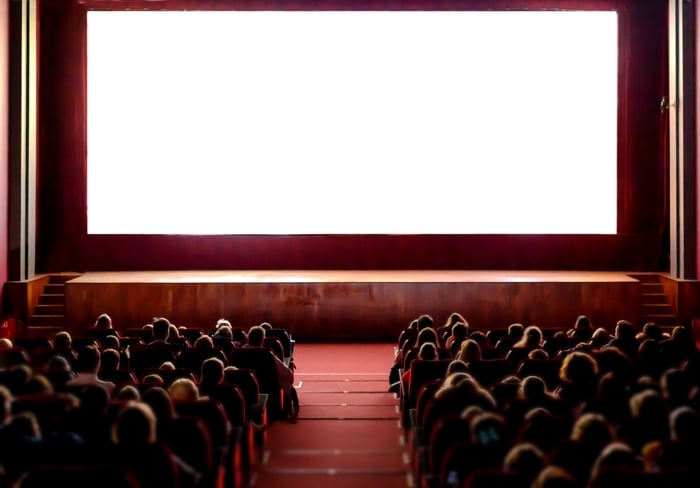 The industry has changed

When the pandemic hit, the only one of these studios that had a high-profile streaming service was Disney, and even then Disney+ had barely launched and the company had not yet restructured its business to prioritize it. Now each of those studios except Sony has its own streaming service, or one shortly on the way. Warner Bros. has HBO Max, Universal has Peacock, and ViacomCBS will launch Paramount+ in March.

These new streaming services are shifting the balance of power in Hollywood further away from theaters, and the traditional window of exclusivity for theaters is falling apart. Warner Bros., for example, said it would release all movies this year simultaneously on HBOMax and in theaters. Universal butted heads over the window last spring and eventually agreed to a shortened 17-day period of exclusivity. Disney, meanwhile, has taken the opportunity to experiment with the new format, releasing movies like the live-action Mulan and Pixar's Soul straight to Disney+, bypassing theaters altogether. And tech heavyweights like Netflix, Amazon, and Apple are only stacking the deck further for streaming.

The pandemic has certainly been the biggest driver behind this shift, as studios can't rely on movie theater audiences right now, but the launches of the streaming services themselves have played a significant role. Studio execs have argued that the economics often favor releasing movies directly on streaming over splitting the box office receipts with theater operators.

It's unclear how this will play out when the pandemic ends, but AMC is at a serious disadvantage. Now that the studios have their own pipeline into audiences' homes, the theater giant is little more than a middleman in an industry were domestic attendance peaked in 2002. 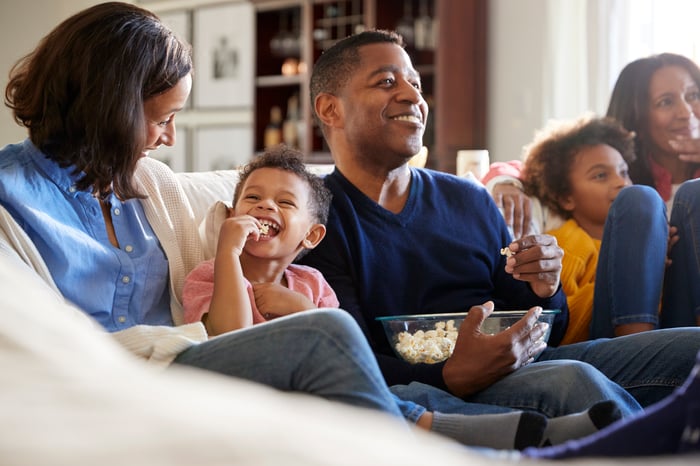 While it's possible that a short squeeze or some other trader-driven activity could drive the stock up further, over the longer term AMC's prospects look dim. This is not a recovery prospect like a cruise line or even an airline that was healthy and profitable before the pandemic. A year ago, AMC was already drowning in debt and facing disruption from streaming.

Even if the company survives the pandemic without going bankrupt -- and that's a big if -- shareholders will be significantly diluted and the company will face an even heavier debt burden. Meanwhile, the major Hollywood studios -- AMC's key suppliers -- are quickly figuring out how to make their businesses work without theaters.

It might be fun to watch this entertainment stock try to mount a turnaround, but in the end there won't be a Hollywood ending for AMC.

Why Shares of Zhihu Are Rising Today