Please ensure Javascript is enabled for purposes of website accessibility
Log In Help Join The Motley Fool
Free Article Join Over 1 Million Premium Members And Get More In-Depth Stock Guidance and Research
By Matthew Frankel, CFP® - Updated Jan 25, 2021 at 10:38AM

The prominent venture capitalist is part of an investment in this solar financing company.

The deal will also be backed by $250 million in extra funding led by none other than notable SPAC investor Chamath Palihapitiya, who has taken companies including Virgin Galactic and Opendoor Technologies public through his own SPACs and has led the funding for several others.

Not surprisingly, shares are up on this news. As of 10:10 a.m. EST, shares of Spartan Acquisition II were higher by more than 33%. 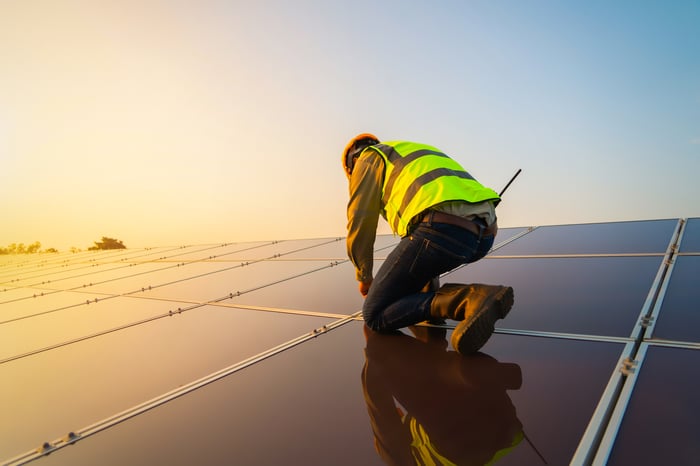 Sunlight Financial is a fintech that specializes in residential solar financing. The company allows residential solar contractors to provide seamless financing to customers, and its technology makes the credit decision process quick and easy. The company has funded more than $3.5 billion in solar loans through its platform, which have facilitated about 100,000 home solar projects.

While SPACs often get a lift once they announce their proposed business combination, it's also fair to assume that Palihapitiya's name being attached to this deal is certainly helping to lift the share price a bit. Investors seem to be confident in his capital allocation strategy, and that's what we're seeing reflected in the stock price today.

Should You Buy This Chamath Palihapitiya-Backed Solar Company?