Crazy price action in GameStop and other stocks won't put an end to rational investing forever.

Some believe that means that the stock market is inexorably broken. But the fact is that such moves have happened before, and they'll inevitably happen again -- but rational investing will win out in the long run. 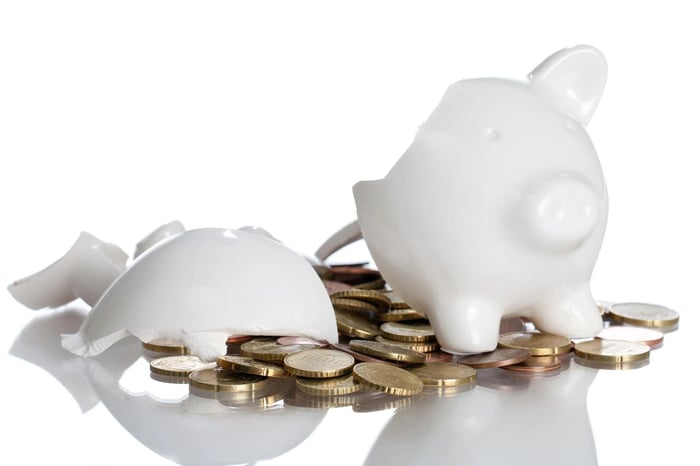 GameStop was, by far, the most-watched stock on Wall Street on Monday. After a massive jump last week, shares of the video game retailer opened up nearly 50% and soared as much as 145% at times during morning trading. As of 11:30 a.m. EST, the stock had fallen back to being up "only" 53% to around $100 per share.

To put that move in perspective, shares of GameStop traded at below $10 per share just three months ago. You could have bought into the stock at less than $20 as recently as Jan. 12.

However, many investors believed that GameStop was doomed, and they put their money behind their convictions by selling the stock short. They hoped that the video game retailer would quietly fade into the sunset, sending the shares lower and allowing them to cover their short positions at a profit.

Instead, a short squeeze sent the stock soaring. Momentum investors picked up on the trend and amplified it. That led even renowned short-seller analysts to give up on fighting against the updraft, with one characterizing some more vocal GameStop bulls as an "angry mob."

Other favorites on the rise

That trend was visible in other stocks on Monday:

All this is enough to stun fans of economic theory and destroy confidence in efficient markets. Yet as strange as it appears in the short run, these disruptions eventually work themselves out.

Those who study economic history will see countless occasions when seemingly crazy behavior prevailed in the short run, only to give way to a more rational response. The tech boom of the late 1990s lifted nearly every stock in the sector, but the ensuing bust crushed all but the strongest. Those survivors rebounded and have become some of the best performers in the past 25 years -- but investors had to endure immense volatility along the way.

The same thing is true today. For instance, AMC might have plenty of challenges, but if it can take its latest capital raise as a bridge to more prosperous times, then its stock could climb still further. If not, AMC's days might well be numbered.

What's important, though, is not to jump to the extreme conclusion that the entire stock market is broken. This isn't the first time irrational behavior has shown itself, and it won't be the last. Eventually, strong companies will see their shares rise, and weak ones will suffer losses. For long-term investors, what happens in between is just noise to be ignored -- or exploited.