The entertainment company has been wrecked by the pandemic, but it will come out stronger than ever.

Like most companies that rely on individuals' discretionary income, MGM Resorts (MGM -7.54%) was decimated by COVID and the subsequent lockdowns. With restrictions easing and the end of the pandemic in sight, MGM is poised for a breakout. But the end of the pandemic is not the most significant catalyst for the entertainment and hospitality company. 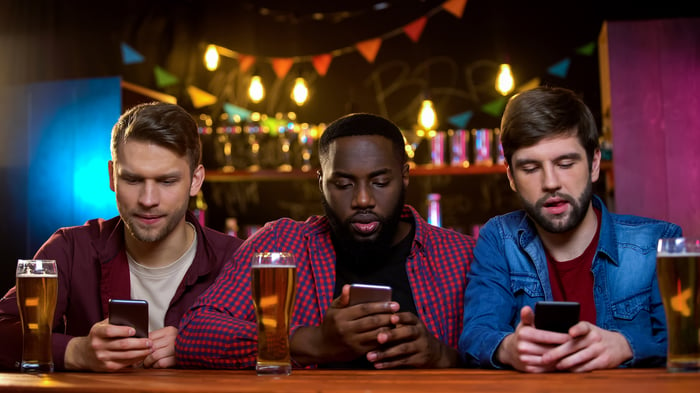 The onset of COVID-19 has forced the world to shut down, leaving most trapped in their homes all day. Not everyone is in the same situation, but many have saved much more money due to stimulus checks and the lack of spending on leisure activities. The US savings rate throughout 2020 spiked; in 2019, the savings rate was only 7.2%, but in 2020, that skyrocketed to 17.2% on average.

MGM is one of the primary benefactors of the increased savings rate. In the second quarter of 2020 -- the start of the pandemic -- revenue was only $273.61 million due to the closure of many of the resorts. As restrictions eased, revenue climbed to $1.5 billion in Q4 of 2020. More casinos reopened and Vegas Strip properties reached weekend occupancy rates of 60% in Q3 and 52% in Q4 , highlighting some of the pent-up demand created among people who'd been locked in their homes all day.

Now that Nevada has announced that its casinos can operate this March with half of the maximum allowed people, MGM's business should continue to rebound. Given that it is the largest resort owner in Las Vegas and the second-largest resort operator in the world by revenue, MGM is likely to see an influx of traffic. Because MGM is a globally recognized brand with more locations and resources than many resort companies, it's better-positioned than most to benefit from the reopening of the economy.

MGM makes money through four different segments: casino, rooms, food and beverage, and entertainment/retail. Except for the casino segment, the other three segments have been flat since 2017, collectively growing from about $5.377 billion to $5.944 billion in 2019 collectively, or 3.4% compounded annually. However, the casino business has grown from about $5.016 billion to $6.517 billion, or about 9.12% annually, over the same time frame.

Sports wagering falls within the casino segment, which is where most future growth is likely to come. Brick and mortar casinos have had trouble keeping up with online gaming, only growing sub-4% per year since 2017. COVID-19 contracted in-person gaming even further. Online gambling, however, has seen a rise thanks to the ease and adoption of smartphones.

The online gambling industry's growth expectation is 7.91% per year to $77.42 billion by 2026.  But the sports wagering market is projected to trounce that, reaching $155 billion by 2024 -- or 8.83% growth per year. Online sports betting has only been legal since 2018, and so far, 18 states have fully legalized it, online and in person. According to the American Gaming Association, only 3% of all sports bets made in 2018 were legal.

Now that it is federally legal, BetMGM, the company's online betting platform, is experiencing fast growth from sports betting. In 2019, BetMGM booked $100 million in revenue. In 2020, revenue reached $178 million -- growing much faster than every other business segment. Since sports betting has only been legal for a short time, this industry has a long growth runway ahead of it.

MGM versus the competition

DraftKings (DKNG 0.00%) is probably the first company investors think of when they hear sports betting. But MGM is in a better position to sustain growth in the sports wagering industry. DraftKings lost over $142 million in 2019 on $323 million in revenue. It is expected to have lost even more when 2020 numbers are released. MGM has several sources of revenue; it's profitable, and it can reinvest those profits continually into online sports betting.

Furthermore, IAC (IAC -3.47%), led by famed investor Barry Diller, took a 12% stake in MGM worth $1 billion and two board seats. MGM can use IAC's invested cash to continue to promote MGM's online offerings. IAC's expertise lies in building and managing online businesses, so those two board seats should be valuable to MGM as it ramps up its online sports platform. Through IAC, MGM also has access to other resources such as more cash and cheap debt. MGM's resources and profits give it an advantage over others trying to compete.

It will take a while for most leisure activity companies to fully rebound from the effects of COVID. MGM is no different, and the core casino business is still not back to full strength. But with the end of the pandemic in sight, demand may come back sooner since individuals who have excess money to spend have been deprived of entertainment for almost a full year. Getting back to pre-COVID levels is not real growth, but the significant boost offered from the burgeoning sports betting market should help MGM grow into a larger company in the long run.