The company promises that news about its vaccine is coming soon.

Johnson & Johnson (JNJ 1.58%) delivered an encouraging set of quarterly results on Tuesday, which included a promising -- albeit limited -- update on its coronavirus vaccine candidate.

For the sprawling company's fourth quarter of fiscal 2020, revenue came in at just under $22.48 billion, which was more than 8% higher than in the same quarter of last year. Non-GAAP (adjusted) net income, though, went in the opposite direction, slipping by 1% to almost $4.97 billion, or $1.86 per share. 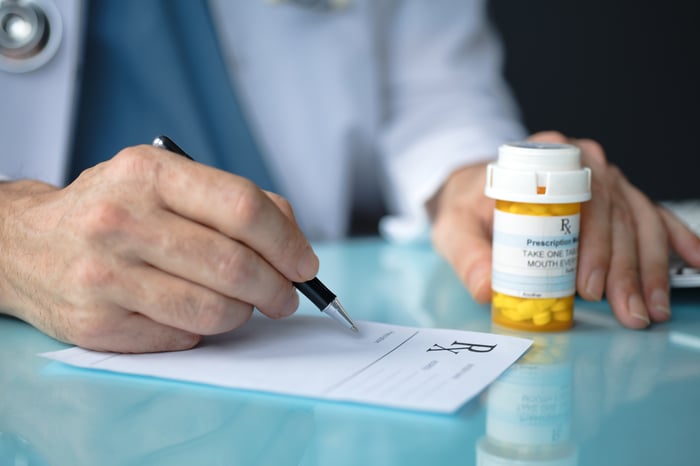 Both metrics were still good enough to top the average analyst estimates of $21.67 billion for revenue and $1.82 for per-share adjusted net profit.

As for the consumer health unit, its sales rose by 3% on the back of improvements in over-the-counter products. The company cited some of its classic products, such as Tylenol and Listerine, as drivers of this growth.

While Johnson & Johnson didn't go into detail about its JNJ-78436735 coronavirus vaccine as it's still in a late-stage clinical trial, it did say, "We continue to progress our COVID-19 vaccine candidate and look forward to sharing details from our Phase 3 study soon."

If it's proven to be sufficiently efficacious and it's granted authorization from regulators, JNJ-78436735 could be a game-changer, as it is potentially a one-dose vaccine. The vaccinations currently authorized by the U.S. and European health authorities require both an initial shot and a booster.