Please ensure Javascript is enabled for purposes of website accessibility
Log In Help Join The Motley Fool
Free Article Join Over 1 Million Premium Members And Get More In-Depth Stock Guidance and Research
By Chris Neiger - Jan 26, 2021 at 7:45AM

The content delivery network company is still on a path to more growth.

Fastly (FSLY -0.67%), which made its debut as a publicly traded stock in May 2019, has quickly become a tech stock darling. The edge computing and content delivery network (CDN) company's stock price blew past nearly everyone's expectations in 2020, skyrocketing roughly 350% over the course of that year.

Those massive gains are leaving investors asking the question: Where will Fastly be a year from now? There are lots of variables in any company's growth, of course, but there are two reasons why investors can expect continued growth of Fastly's business over the next 12 months: More CDN demand and fewer concerns about its No. 1 customer. 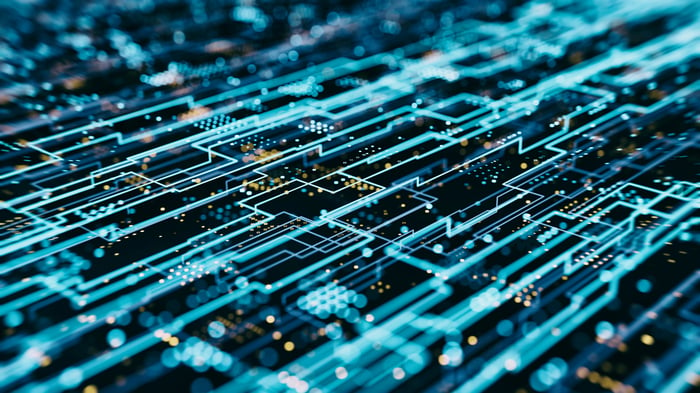 Fastly's largest customer is TikTok, a social video sharing company whose parent company, ByteDance, is based in China. Last year, the Trump administration threatened a TikTok ban because it believed that the Chinese government could use the app to access the personal information of its American users.

This led to a lot of uneasiness about whether or not TikTok could survive in the U.S. and how it would affect Fastly, which earns about 12% of its revenue from the company. Fastly's stock took a hit at the time because of the potential TikTok shutdown.

But the ban never went into effect. Now that President Joe Biden is in charge, investors will have to wait and see what his administration's position is toward ByteDance. There are still no clear indications of which way the Biden administration is leaning in the dispute.

Investors hate uncertainty, and Trump's stance toward ByteDance created a lot of uncertainty for TikTok and Fastly. Not all of that uncertainty has been removed, but investors are unlikely to see some of the abrupt moves against ByteDance under Biden that they saw under the previous administration.

Fastly should benefit as more and more streaming services come online and as users shift away from traditional pay-TV. This influx of streaming services will require content companies to look at the most efficient ways to speed up their video delivery, and CDNs like Fastly are one of the best ways to do it.

Fastly has shown that it can not only attract big customers but can also increase the amount of money it makes from them. In the most recent quarter, Fastly had 313 enterprise customers -- defined as those who spend $100,000 or more annually with the company -- up from 304 in the previous quarter. And the amount of money enterprise customers spend with Fastly increased to $753,000, up from $716,000 in the previous quarter.

Fastly has already proved that its CDN and edge computing services are in demand by some of the biggest companies in the world. In the coming years, consumers will increase their demand for video and content services, and Fastly will be there to help companies improve their services. And with some of the political uncertainty removed for its biggest customer, Fastly looks ready to continue growing right along with the increasing demand for more video content.