Please ensure Javascript is enabled for purposes of website accessibility
Log In Help Join The Motley Fool
Free Article Join Over 1 Million Premium Members And Get More In-Depth Stock Guidance and Research
By Matthew Frankel, CFP® - Updated Jan 27, 2021 at 11:42AM

Here's why so many stocks are behaving strangely this week.

Have you noticed something strange going on in certain stocks recently? Take GameStop. Not only has the stock more than quadrupled in January alone, but on Monday, Jan. 25, GameStop opened about 50% higher than its Friday closing price and briefly rose by more than 115% before sharply retreating to close up by "only" 18%.

Obviously, this level of volatility is highly unusual. The recent price action in GameStop and several other stocks can be attributed to a phenomenon known as a short squeeze. Here's a closer look at what that means, how it works, and why it can cause massive spikes in stock prices like we've seen this week. 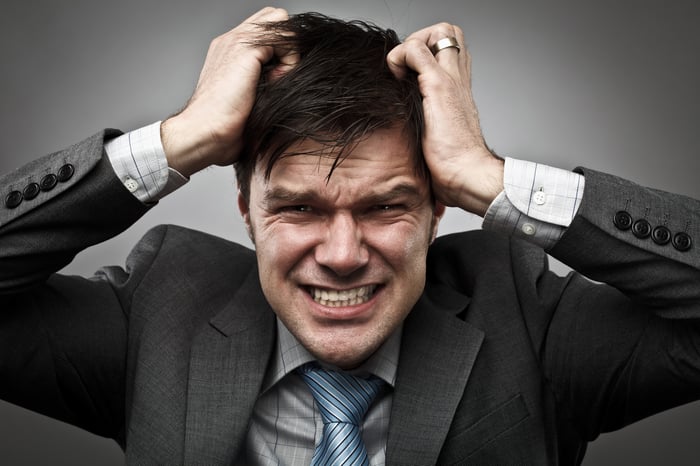 There are hundreds of factors that could potentially move a stock's price, but on a short-term basis, stock prices are functions of basic supply and demand. If more shares are available for sale than people are willing to buy, the price will go down until enough buyers are interested. Conversely, if there are more investors who want to buy shares than the market can accommodate, the stock's price will move higher until enough shareholders are willing to sell shares to all of the interested buyers. The latter is the basic idea underpinning a short squeeze -- but more on that later.

Short squeezes are most commonly seen in stocks that have a lot of short-sellers betting against them. You can find this by looking up a stock's short interest, which is often included in a long-form stock quote you get from your broker.

Short interest is typically updated at the end of each month and tells you the quantity of shares sold short as a percentage of the stock's float, or the number of shares that are actually available to trade. For example, if a company has a float of 10 million shares and 2 million shares are currently sold short, it would have a short interest of 20%.

Here's why hedge funds and other investors frantically try to cover short positions when stocks rocket higher like this. Let's say that you short 100 shares of a stock at $20 a share, meaning that the maximum you can profit is $2,000 if the stock goes to zero. If the stock goes to $40, you've lost $2,000, or 100% of what you hoped to make. If it goes to $60, you've lost 200%. And if it goes to $100 or more…well, you get the idea. The loss potential when a short position goes the wrong way is unlimited and can cost some of these large short-sellers billions. That's why we're seeing desperate buying in GameStop, AMC, and some of the other heavily shorted stocks that are spiking higher.

What's "normal" for short interest depends on the company, the overall economic environment, and several other factors. But generally, a short interest in the double digits indicates that there is quite a bit of pessimism about the stock. Here are a few stocks that currently have high short interest and some with relatively low short interest for comparison's sake.

Notice that all of the stocks on the left have been behaving very strangely in terms of rapid up-and-down movements in the recent short-squeeze environment. Those on the right haven't been unusually volatile.

How a short squeeze happens

Here's the basic idea of how a short squeeze happens:

For stocks with truly massive amounts of short interest relative to the volume of available shares, this effect can snowball for some time, leading to tremendous volatility and huge spikes in the share price. Looking at GameStop's short interest, it's no wonder why the stock has been so reactive to the recent wave of short squeezes.