Please ensure Javascript is enabled for purposes of website accessibility
Log In Help Join The Motley Fool
Free Article Join Over 1 Million Premium Members And Get More In-Depth Stock Guidance and Research
By Zhiyuan Sun - Jan 28, 2021 at 7:20AM

The company has made its investors rich in the past. Can it do it again?

Back in early 2018, Aurora Cannabis (ACB -6.49%) became the shining star of the then high-flying marijuana industry in Canada. Having returned over 2,400% in a span of two years, the company produced many millionaire investors -- but with a caveat.

For those who weren't lucky enough to cash out and decided to hold on, Aurora shares are now down over 95% from all-time highs. Recently, the company has reignited investor interest with its aggressive cost-cutting measures and U.S. expansion. Has Aurora turned around its operations, and could it make its shareholders wealthy again? 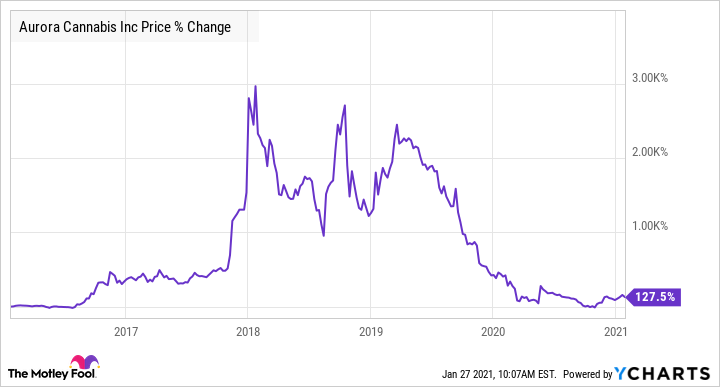 Aurora's fall from grace is mainly attributable to its wild expansion spree. The company anticipated that it could produce and sell up to 500,000 kg of cannabis per year back in 2019 and subsequently invested in state of the art production facilities. It also acquired competitors at lavish premiums for the sake of increasing its production volume. The biggest acquisition involves the takeover of MedReleaf for $2.5 billion, or a staggering 66 times that firm's revenue.

Unfortunately, the house of cards came crashing down when consumer demand turned out to be far lower than anticipated. As a result, the company had to close numerous facilities and take massive asset impairments, as well as inventory writedowns for the cannabis it could not sell.

Its streak of misfortunes may finally be over, however. Due to multiple layoffs and restructuring rounds, Aurora has reduced its operating loss to CA$42.3 million as of Q1 2021 from CA$77.8 million in the prior year's quarter. It also managed to bring its production volume down to 67,500 kg per year, which is just about the same as the amount it can sell in a given year.

The average net selling price of its products, which include flowers, edibles, vapes, and pre-rolls, has also stabilized at around CA$3.72 per gram. Furthermore, Aurora is showing signs of promise in its venture into the U.S. market. The company's subsidiary, Reliva, is consistently ranked among the top two in the nation among cannabidiol (CBD) consumers. In the past 12 months, Reliva brought in about $10 million in revenue.

For these reasons, Aurora stock has more than doubled over the past three months. Before investors join in on the rally, however, there are a few more things to watch for. 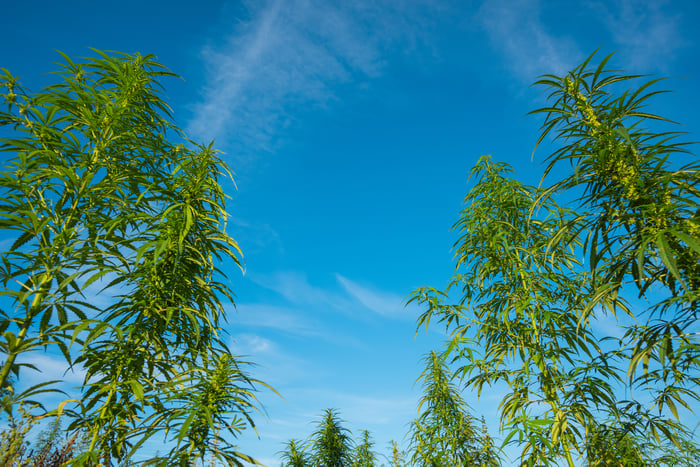 Until Aurora can turn a profit, it will have to continue raising more cash via stock offerings to pay for its expenses. Back in November, the company raised $150 million in a public offering. This month, it sold an additional $125 million in stock. Over the past year, Aurora's shares outstanding have increased from about 100 million to at least 183.66 million.

In the short term, investors may continue to witness dilutions from Aurora, as it also has a massive chunk of liabilities to take care of. Right now, Aurora has over CA$322 million in convertible notes and CA$185 million in debt, compared to just CA$134 million in cash and equivalents.

It is only trading for 5.5 times revenue and 1.2 times net assets, which is far cheaper than what many of its competitors have to offer. But overall, I do not expect Aurora to turn around its operations until 2022 or 2023. After that, it could become an outstanding growth stock. For now, though, only the most risk-loving pot stock pickers will want to take a chance on Aurora Cannabis.

For investors with a decade-long horizon and can endure volatile share price swings, then Aurora is right for you. I do believe that Aurora could become a millionaire-maker stock. However, it would take perhaps one or more decades for the firm to achieve that goal.If that doesn't fit in with your time horizon, check out these alternatives instead.