Please ensure Javascript is enabled for purposes of website accessibility
Log In Help Join The Motley Fool
Free Article Join Over 1 Million Premium Members And Get More In-Depth Stock Guidance and Research
By Daniel Sparks - Jan 28, 2021 at 7:45AM

Wait until you see these big changes to Tesla's flagship vehicles.

Alongside the fourth-quarter and full-year 2020 results Tesla (TSLA -6.88%) released on Wednesday, the company also made some surprise product announcements. The company overhauled the design of its flagship Model S and X vehicles, including new steering wheels, a new display in the back seat, and more.

These upgrades to Tesla's Model S and X show that the company wants to continue investing in the expensive models, making them more attractive to potential buyers. Model S and X sales have slowed in recent years. Perhaps they will return to growth after these improvements. 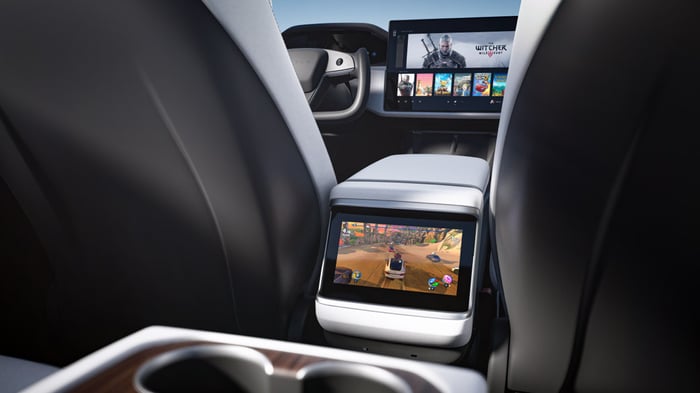 Starting with the Model S sedan, the long-range version of the vehicle now boasts 412 miles of driving range on a single charge. In addition, there's a $139,990 Plaid+ version that can drive an incredible 520 miles or more on a single charge. The zero-to-60 mph acceleration time for the Plaid+ Model S is less than 1.99 seconds.

The Model X SUV long-range version can drive 360 miles on a single charge. A Plaid version, which can accelerate from zero to 60 mph in 2.5 seconds, can drive 341 miles on one charge.

Both the Model S and X saw similar updates to their interiors, including a horizontal center display instead of a vertical one, a new steering "yoke" that replaces a traditional steering wheel, and a third display for rear passengers. The Model S also features a redesigned second row.

Both the Model S and Model X have overhauled battery modules, the company said.

Tesla expects production of both vehicles will start this quarter. 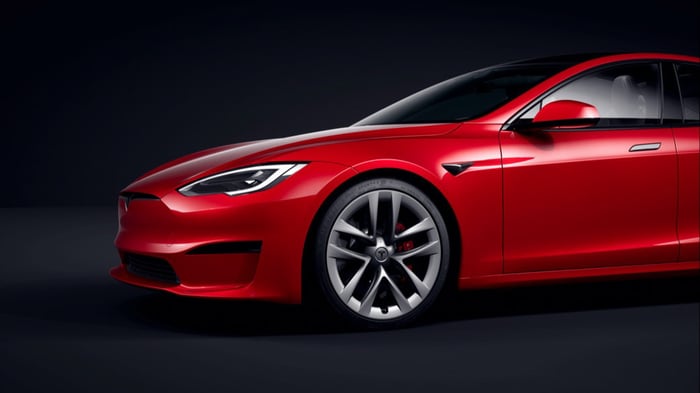 Though only about 46,000 of the approximately 500,000 vehicles Tesla sold in 2020 were Model S or X, investors shouldn't underestimate the two vehicles' importance to the company's business. With starting prices for the Model S and X of about $80,000 and $90,000, respectively, these pricey vehicles give Tesla a foothold in the high-margin luxury auto market. If redesigning these vehicles can push sales higher, it could have a meaningfully positive impact on Tesla's profitability.

While these upgrades are likely exciting for Tesla fans, they arguably don't change much for investors. Sure, profitability could see a boost if these vehicles succeed, but the stock's premium valuation already prices in strong execution and sales growth for years to come.

Nevertheless, it's good to see Tesla iterating on an aging product line. It highlights the company's rapid pace of execution.