The Chinese remote-learning stock has enjoyed a big run-up in 2021.

Shares of GSX Techedu (GOTU 3.70%) were crashing hard heading into midday trading Thursday, with shares of the Chinese remote-learning company down 33% after Goldman Sachs (GS 1.98%) analyst Christine Cho downgraded the stock to sell.

While the analyst said it was time to get out of the stock because its valuation "looks stretched," she did raise her price target to $70 per share, up from $61, though the stock currently trades around $95.

She said GSX has benefited this year from greater demand for online tutoring in China due to in-person tutoring being suspended as cases of COVID-19 increase. 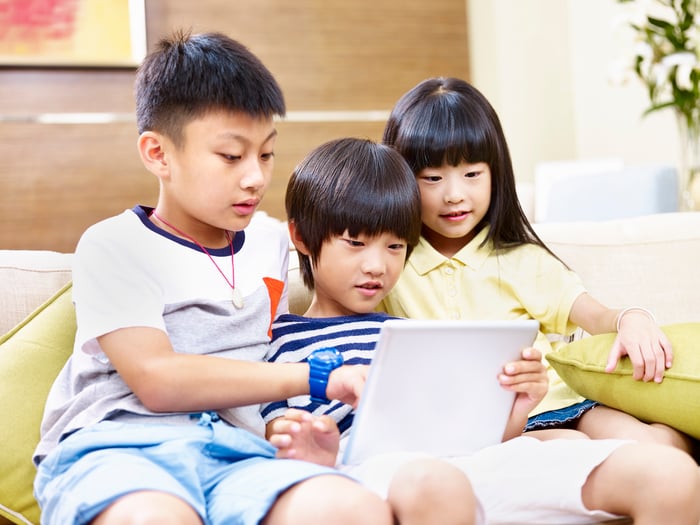 While the situation in China no doubt helped, it's hard to argue GSX Techedu wasn't also pushed higher by the short-selling feeding frenzy occurring in numerous heavily shorted stocks.

The remote-learning specialist is in that class, with over 22% of its shares sold short as of Jan. 15. That gives it a short interest ratio of almost 14 days, or the amount of time it would take short-sellers to cover their positions. With anything over seven days considered a lot, it's easy to see short-sellers were being squeezed by GSX's quick rise.

Yet GSX isn't the only big short falling today. AMC Entertainment and GameStop, two of the most notorious stocks in this ongoing drama, were also down by large percentages in midday trading.