Please ensure Javascript is enabled for purposes of website accessibility
Log In Help Join The Motley Fool
Free Article Join Over 1 Million Premium Members And Get More In-Depth Stock Guidance and Research
By Lou Whiteman - Jan 30, 2021 at 8:42AM

Elon Musk's SpaceX reportedly violated the terms of its license during an ill-fated test launch of its Starship spacecraft, potentially delaying the company's efforts to continue testing the massive spaceship that Musk eventually hopes to use on a mission to Mars.

The Starship in a December launch achieved its goal of a vertical eight mile climb, but blew up in a spectacular fireball on its return to Earth. The Verge reported Friday night that the incident has attracted the attention of the Federal Aviation Administration, which is now investigating both the explosion and a potential license violation. 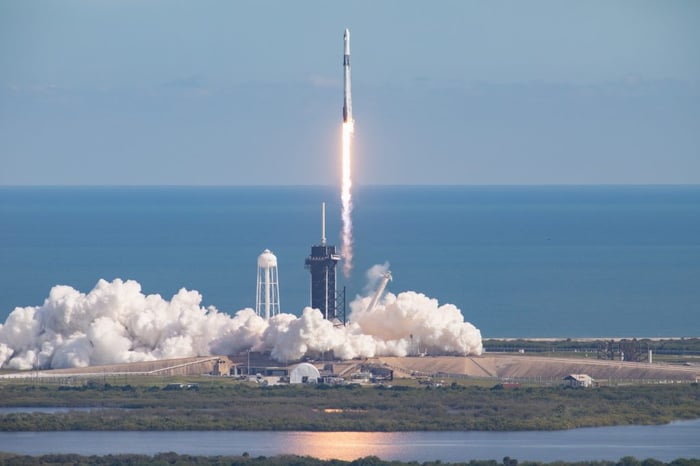 The FAA in a statement to The Verge said it "will continue to work with SpaceX to evaluate additional information provided by the company as part of its application to modify its launch license," but declined to provide any details on the scope of its investigation or what part of the test flight ran afoul of its permitting.

SpaceX declined comment. However, the investigation might explain a Jan. 28 Musk tweet that was critical of the FAA. Replying to a tweet announcing that a follow-up SpaceX test flight scheduled for Thursday had been scrubbed, Musk said, "unlike its aircraft division, which is fine, the FAA space division has a fundamentally broken regulatory structure."

Musk said that under FAA rules, "humanity will never get to Mars."

As The Verge notes, Musk and SpaceX have a history of ruffling feathers with government authorities. SpaceX has twice sued the U.S. Air Force, including a successful effort for the right to compete to launch Pentagon satellites. The CEO also famously told 60 Minutes, "I do not respect the SEC [Securities and Exchange Commission]."