Mobile trading app Robinhood had to go to the well of financial support from its backers once again as persistent trading in some of the most volatile stocks on the market forced the company to meet increased demands for cash.

While shares of GameStop (GME 6.81%) took a breather today from their frenzied run higher, falling 20% in midday trading after the online brokerage imposed severe restrictions on share purchases, Robinhood was still forced to raise $2.4 billion to be able to ride out the storm. 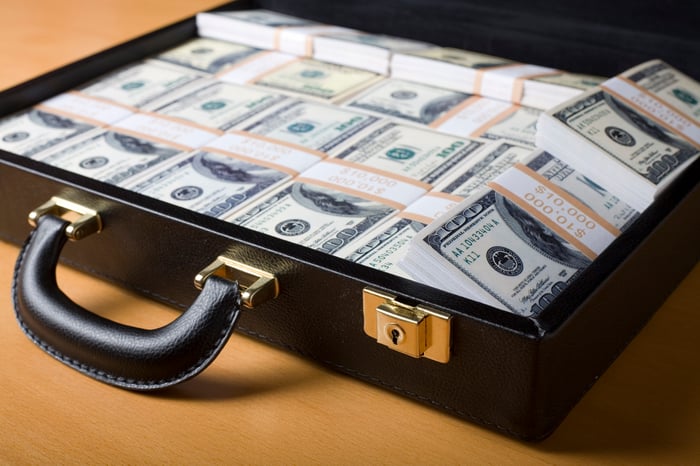 Stock traders on Reddit have been in a contest of wills with hedge funds that massively shorted GameStop and other troubled issues, such as AMC Entertainment Holdings (AMC 17.99%). In the middle were brokerage houses like Robinhood that facilitate the buying and selling of the stock.

Because of the app's popularity, and with the trading onslaught that ensued as the battle became one of a populist investing uprising against Wall Street insiders, Robinhood's capital requirements with stock trade clearinghouses soared.

The platform was forced to raise $1 billion last week to meet the demands, though CEO Vlad Tenev said at the time it was a precautionary measure and Robinhood was not suffering financial difficulties. It also bought some breathing room by prohibiting all purchases of stocks like GameStop and AMC. Investors could only sell.

The hue and cry that followed, however, forced Robinhood to backtrack, but it came up with a plan to limit the amount of stock a user could buy. The most restrictive conditions were imposed on GameStop shares, for which users could only buy one share and five options contracts.

Whether the plan works remains to be seen, because as boxing legend Mike Tyson once noted, "Everyone has a plan until they get punched in the mouth."