Shares of the giant uranium producer got a boost from an analyst call. Here's the big-picture view.

Shares of uranium miner Cameco (CCJ -1.49%) rose as much as 22% in early trading on Monday. The big news doesn't appear to be related to any Reddit board, but to a more mundane Wall Street phenomenon: an analyst update.

Pure-play uranium miners like Cameco have been struggling through a period of very low uranium prices, following the Fukushima reactor meltdown in Japan. Although the energy commodity's price has picked up somewhat over the last year, it remains well below peak levels. A part of the problem is that, despite the fact that nuclear power does not produce carbon emissions, it is often maligned as an undesirable option. Large disasters, while rare, are the main culprit for that. 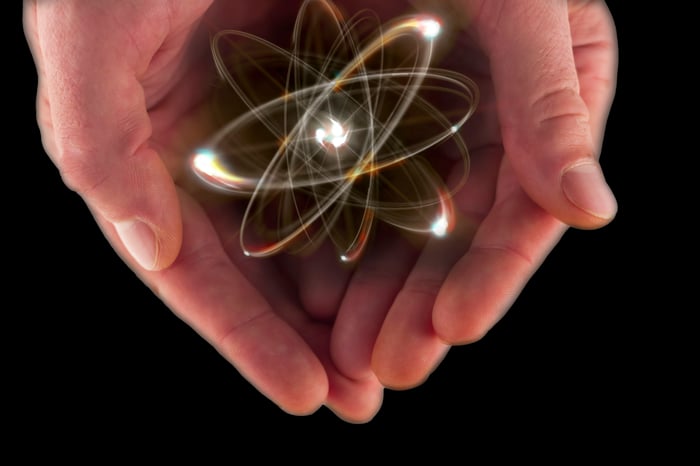 However, Bank of America (NYSE: BAC) has suggested that the closure of U.S. nuclear power plants may be delayed past 2030. That would likely mean materially more demand for Cameco's uranium (the company, notably, is in Canada). In fact, the bank's research states that there is some consideration being given to extending the useful lives of U.S. nuclear power plants to 100 years, which means that demand that's higher than currently expected could extend as far out as 2069. Not surprisingly, investors took the news as a big positive.

Cameco is one of the largest producers of uranium in the world, so any positive news for the nuclear fuel would be good for the company and its stock. It is also one of the major players in advancing the technology behind uranium production, and it just announced an increase in its stake in a nuclear enrichment joint venture to 49% (with the right to bring that to 75% in the future). This should help position Cameco to serve the modern nuclear plants being built today. So there's good news beyond just old reactors sticking around for longer.

That said, the hypotheticals in the Bank of America note are largely just that, so there's no guarantee that the outlook plays out as hoped. Still, with shares holding on to a roughly 18% gain at 1 p.m. EST, it appears that a lot of good news got priced into the stock today. It may be worth taking a look at Cameco, but make sure you understand the complexity of the uranium situation and, importantly, that you believe the positive long-term uranium story before you jump aboard.