Please ensure Javascript is enabled for purposes of website accessibility
Log In Help Join The Motley Fool
Free Article Join Over 1 Million Premium Members And Get More In-Depth Stock Guidance and Research
By John Rosevear - Feb 2, 2021 at 8:36AM

The screens in older Teslas can fail, making the cars unsafe to drive.

After years of bickering with regulators, Tesla (TSLA -5.88%) has finally begun recalling over 100,000 vehicles with faulty touchscreen systems.

Tesla has begun the process of notifying owners of Model S sedans made between 2012 and 2018, and Model X SUVs made between 2016 and 2018 — 134,951 vehicles in all — that it will replace the vehicles' touchscreen systems with upgraded parts.

The news was first reported by Electrek, which obtained a copy of the email Tesla sent to vehicle owners.

Owners of older Teslas have reported issues with the touchscreens that control many of their vehicles' functions. (Tesla calls the touchscreen systems "MCUs," for "media control units.") Over time, the screens can become slower to respond, sometimes freezing up while underway — and occasionally, failing entirely. 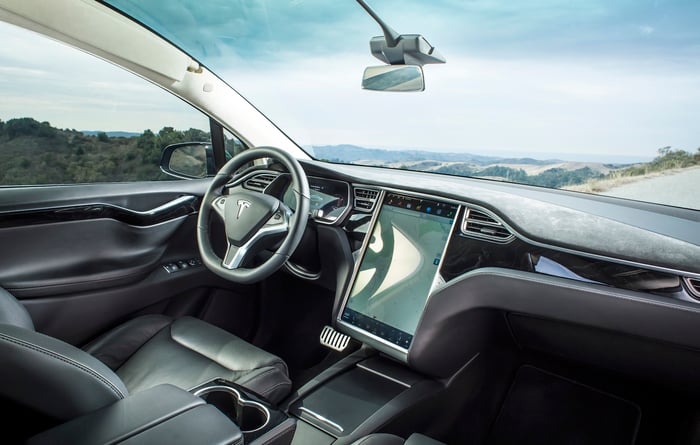 The email from Tesla said that the problem is with an 8 gigabyte MultiMediaCard, or eMMC, built into the MCU that can malfunction over time. The company said that it will replace the affected vehicles' MCUs with upgraded units that incorporate a 64 gigabyte eMMC. However, owners will have to wait until the upgraded parts are available, the company said.

Tesla had not yet disclosed the estimated cost of the recall at press time.