Please ensure Javascript is enabled for purposes of website accessibility
Log In Help Join The Motley Fool
Free Article Join Over 1 Million Premium Members And Get More In-Depth Stock Guidance and Research
By Demitri Kalogeropoulos - Feb 2, 2021 at 8:56AM

Investors liked what they heard in the electric car maker's latest earnings report.

Tesla (TSLA -6.42%) stock outpaced a declining market last month. Shares rose 13% in January compared to a 1% drop in the S&P 500, according to data provided by S&P Global Market Intelligence.

That increase followed market-crushing returns for shareholders in 2020, as the electric car giant gained over 700%. 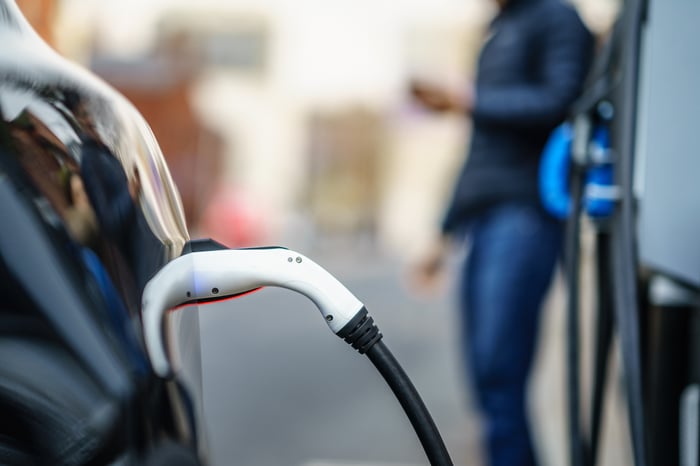 Tesla telegraphed a potentially strong fourth-quarter earnings report, saying on Jan. 2 that it delivered over 180,000 vehicles in the period to reach 500,000 for the year. Investors liked hearing that news, mainly because it points to far higher sales in 2021. CEO Elon Musk and his team added to that optimism later in the month when executives revealed strong Q4 free cash flow and rising production and delivery volumes.

The stock initially declined following that end-of-year report, but the dip was likely powered by the intense rally the stock had seen in recent weeks rather than disappointment on the part of investors. Tesla beat sales expectations, after all.

Tesla declined to issue a specific outlook for 2021, with management instead choosing to target a 50% annual increase in vehicle deliveries over the next few years, all supported by a growing fleet of products, higher production rates, and increased supply of batteries.

Musk called 2020 a "transformative" year but isn't planning to slow down the pace of change. "We believe that 2021 will be even more important" to the business, management said in late January.