Please ensure Javascript is enabled for purposes of website accessibility
Log In Help Join The Motley Fool
Free Article Join Over 1 Million Premium Members And Get More In-Depth Stock Guidance and Research
By Keith Speights - Feb 2, 2021 at 6:02AM

There's no need to panic at this point.

Nearly everything seems to have gone Pfizer's way over the past three months. Pfizer and its partner BioNTech (BNTX 0.11%) reported fantastic results for their COVID-19 vaccine BNT162b2. That set the stage for the vaccine becoming the first to win Emergency Use Authorization (EUA). Pfizer and BioNTech have picked up several major supply deals, and the Biden administration appears to be seeking to strike a deal with the partners to supply another 100 million doses.

Last week, though, Pfizer announced some bad news about one of its top-selling products. Will this wipe out a big chunk of the drugmaker's COVID vaccine profits? 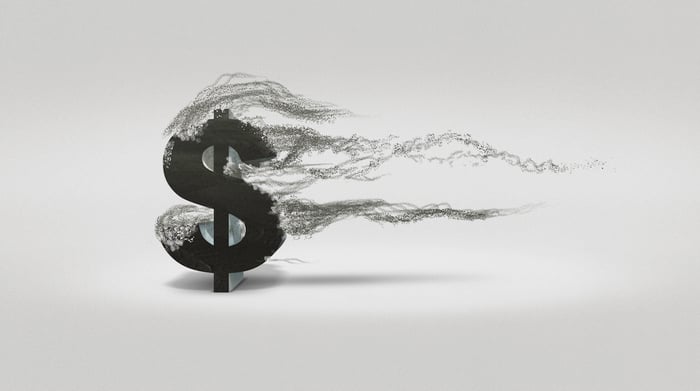 Its blockbuster autoimmune disease drug Xeljanz was first approved by the Food and Drug Administration in 2012 for treating rheumatoid arthritis. But the FDA required that Pfizer conduct a safety study following this approval to determine the long-term effects of Xeljanz on serious infections, cancer, and heart disease.

On Jan. 27, Pfizer reported the results of that safety study. The company compared Xeljanz to a TNF inhibitor (a class of autoimmune disease drugs that includes Humira and Enbrel). The hope was that Pfizer's drug would stack up well against established drugs in terms of how often patients experienced major adverse cardiovascular events (MACE) such as heart attacks, stroke, and malignant cancer (excluding non-melanoma skin cancer). That hope was dashed.

Xeljanz flopped on both of the study's co-primary endpoints. In participants with a higher risk for MACE and cancer, Pfizer reported higher rates of cardiovascular events and malignancies across all Xeljanz treatment groups compared to participants receiving TNF inhibitors.

Pfizer hasn't reported full results from the safety study, including how Xeljanz fared on secondary endpoints such as pulmonary embolism. The company's chief medical officer,  Tamas Koncz, said that Pfizer plans to conduct "extensive additional analyses of these study data." Pfizer is also working with the FDA and other regulatory agencies to review all data as it becomes available.

A potential hit to growth?

Any discussion of Pfizer's growth prospects will definitely include Xeljanz. Since winning FDA approval for treating rheumatoid arthritis in 2012, the drug has picked up additional approvals for treating psoriatic arthritis, ulcerative colitis, and active polyarticular course juvenile idiopathic arthritis. Pfizer hopes to obtain FDA approval for Xeljanz in treating ankylosing spondylitis (an inflammatory disease) in the first half of this year.

But the big question now is: How will the disappointing safety study results for Xeljanz impact Pfizer's overall growth? At this point, don't expect Pfizer to speculate about what the effect might be.

No one seems to be assuming a doomsday scenario will happen in which the FDA requires Xeljanz to be yanked from the market. But it's possible that the FDA could require label changes for the drug that could make some physicians less likely to prescribe it.

All of this makes Pfizer's success with its COVID vaccine even more important to the company's growth prospects. The bad news for Xeljanz certainly won't completely offset the positive impact from BNT162b2 (now marketed as Comirnaty). But there's a real chance that the ultimate impact on Pfizer's total sales from its safety study could eat into the profits from its instant blockbuster vaccine at least somewhat.

There's one thing that doesn't change at all with the disappointing results for Xeljanz: Pfizer remains one of the most attractive dividend stocks in healthcare. A big positive with buying shares of a huge drugmaker like Pfizer is that one setback doesn't fundamentally alter the investing premise for the stock.

I expect that Pfizer's growth prospects will still be very good as well, assuming the doomsday scenario mentioned earlier doesn't happen. The company anticipates 6% revenue growth and 10% growth in adjusted earnings per share over the next few years. But those projections are risk-adjusted. A little good news from its pipeline could put Pfizer back on track.