Aiding the U.S. Navy could fuel the high-tech manufacturer's growth.

Shares of CPS Technologies (CPSH -4.86%) soared on Thursday, extending their gains since the advanced materials manufacturer announced a purchase order from the U.S. Navy on Tuesday. By the close of trading, its stock price was up 25.8% after rising as much as 81.4% earlier in the day.

"CPS is very pleased to be making a significant contribution to the safety of our men and women in uniform," CEO Grant Bennett said in a press release. "This purchase order is the culmination of many years of research and development, testing, prototyping, and design to apply the beneficial properties of metal-matrix composites to armor at scale." 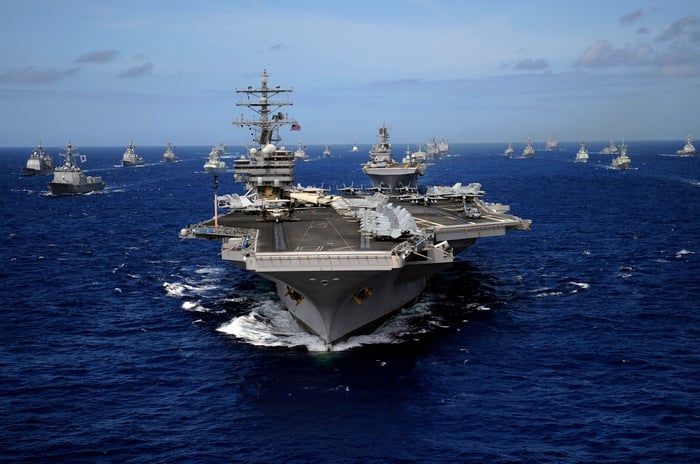 CPS Technologies' HybridTech Armor Panels were created to meet the U.S Navy's need for a more effective and longer-lasting armor system for its combat ships. CPS says its panels provide the "optimal combination" of ballistic protection and durability, while remaining relatively lightweight. The Navy's purchase order suggests it agrees with that assertion.

Aircraft carriers are the Navy's most important ships, so becoming a key equipment supplier for these vessels should be a boon for CPS Technologies. Moreover, many other ships in the Navy's fleet contain crew-served weapons stations, so if CPS Technologies' panels prove effective, it's possible that it could receive many more orders in the months and years ahead.