Investors are not impressed with the company's full-year guidance.

Generic drug manufacturer Lannett (LCI 0.00%) released its financial results for the second quarter of its fiscal year 2021 -- which ended on Dec. 31, 2020 -- after the market closed on Wednesday. And although the company's performance was in line with or above expectations, investors were not pleased with its updated guidance for its full fiscal year 2021. As a result, shares of Lannett are dropping sharply on Thursday and were down by 16.3% as of 1:14 p.m. EST today, after falling by as much as 19.7% earlier in the day.

During the quarter, Lannett recorded net sales of $134 million, compared to the $136 million in sales it recorded during the comparable period of the previous fiscal year. Still, Lannett's top line came in above the $130 million analysts were expecting on average. Meanwhile, the company's adjusted net income was $3.2 million, or $0.08 on a per-share basis. Lannett's adjusted earnings per share (EPS) was right in line with the average analyst estimates. 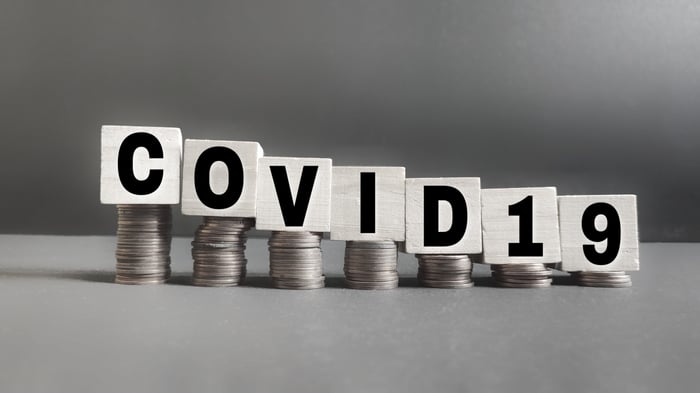 Lannett's updated guideline was the bigger story. For its full fiscal year 2021, the healthcare company now thinks it will record net sales between $480 million and $500 million. Not only is that below its previously announced guidance of net sales between $520 million and $545 million, but it is also well below the $529.32 million in sales analysts were expecting on average.

Lannett has been dealing with headwinds related to the ongoing pandemic, and its financial results have suffered as a result. After today's plunge, the company's stock is down by 26.6% over the past 12 months. Lannett expects the decline in prescriptions related to the outbreak to "reverse in time," meaning today's sell-off could be a great buying opportunity for investors.