Please ensure Javascript is enabled for purposes of website accessibility
Log In Help Join The Motley Fool
Free Article Join Over 1 Million Premium Members And Get More In-Depth Stock Guidance and Research
By Jamal Carnette, CFA - Feb 5, 2021 at 8:08AM

The biggest threat to the company's growth is slowly fading.

Investors in Jumia Technologies (JMIA 2.31%) have much to celebrate as shares have skyrocketed 970% in the last year. The African-based e-commerce company benefited from a shift to "pandemic stocks" and smaller-cap names among retail investors.

Still, the company is not without its skeptics. The bearish argument is that the company's explosive stock growth has gone "too far, too fast" and outpaced its current fundamentals. However, long-term investors have little to fear. If anything, Jumia might be undervalued considering the tremendous opportunity it has, and if you've been paying close attention, you can see the biggest risk to the company's growth is slowly fading. 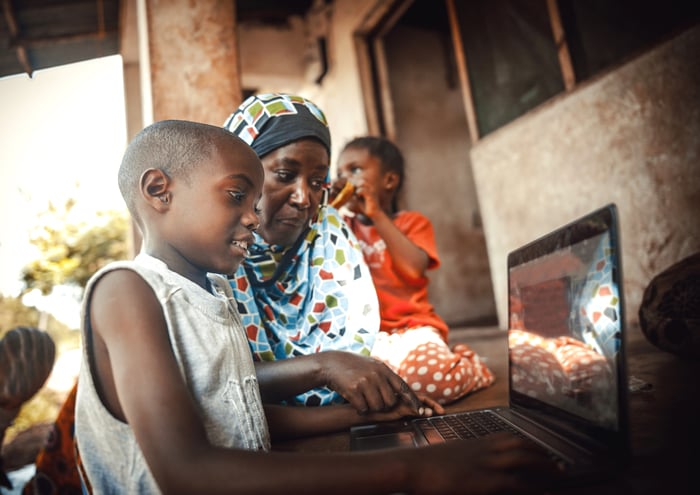 It's always "infrastructure week" in Africa

The biggest perceived risk to Jumia's business model has always been the continent's underdeveloped infrastructure, both physical -- in the form of roads and large-scale distribution centers -- and digital. The digital divide is particularly acute as the continent is known as the home of the "last billion," a phrase that describes those without internet connectivity. But that's rapidly changing. Unlike the U.S., where the phrase "infrastructure week" has become somewhat of a running gag, it's every week for Africa's digital ambitions.

A recent article from the Financial Times points out how fast the continent is ramping up its digital buildout. In March 2020, the continent's largest internet exchange announced it hit a peak traffic speed of one terabyte per second, a feat taking nearly a decade to accomplish. But less than a year later, that figure is now 1.5 terabytes per second.

This is just the beginning as major tech companies invest in bringing Africans online. Alphabet and Facebook are both involved with efforts to build subsea internet cables to connect the continent with the former's efforts expected to finish this year and the latter by 2024. Facebook's consortium is the most ambitious effort, connecting 23 countries with a cable designed to deliver speeds up to 180 terabytes per second.

Valuations are nosebleed ... and that's ok

At this point, it's impossible to make a valuation-based argument for Jumia, much like it was for Amazon for many years. Currently, the company is unprofitable, so it has no price-to-earnings ratio. Its forward price-to-sales ratio of 25 times puts it in nosebleed territory versus traditional companies and even other mega-cap e-commerce companies like Amazon and Alibaba. That said, when you compare it to e-commerce stocks with smaller market caps in developing markets like MercadoLibre (Latin America) and Sea Limited (Southeast Asia), the valuation seems more reasonable.

The other valuation-based argument is that Jumia is worse off than the other e-commerce stocks, because it's a growth stock without growth. Through the first nine months of 2020, the company posted a year-over-year decline of 12% for its top line.

However, this was because of an intentional transition from being a traditional retailer with inventory and sales to more of a platform company that makes money connecting buyers and sellers, generating commissions and fees from fulfillment. In the long run, this change will boost growth with lighter assets, higher margins, and an easier-to-scale business. Look for revenue growth to pick up once the traditional business is phased out fully.

Despite the huge increase in the stock price, remember that Jumia is only a $6 billion company that's staring down a long growth runway as Africa builds out digitally and more consumers in that market discover the convenience of e-commerce. Mobile industry authority GMSA expects African netizens will increase approximately 70% by mid-decade and for the continent to have nearly 30 million 5G connections, a dramatic increase from last year's total of approximately zero. Jumia's future is bright, and long-term investors have not missed the boat.

What Is Going on With Jumia Stock?