Please ensure Javascript is enabled for purposes of website accessibility
Log In Help Join The Motley Fool
Free Article Join Over 1 Million Premium Members And Get More In-Depth Stock Guidance and Research
By Howard Smith - Feb 5, 2021 at 11:33AM

The so-called Reddit trades were volatile Friday morning after online stock platform Robinhood lifted all the trading restrictions it previously had in place. Shares of theater operator AMC Entertainment (AMC -3.74%) dropped as much as 8% and rose almost 17% before settling down to a 3.4% gain as of 11:05 a.m. EST.

The trading isn't just about short-term moves, though, and shareholders need to look at how it might affect the company over the longer term. AMC has already issued stock to capitalize on the trading volatility and help boost its financial position. It raised almost $305 million issuing shares at a price under $5 per share. The stock is currently trading at about $7.25 per share. 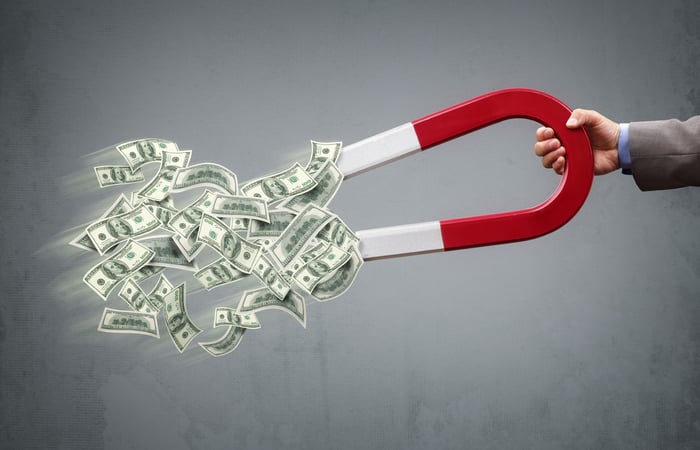 The latest capital raise came two days after AMC said it raised $917 million of fresh capital since the middle of December 2020. This was good news for the company as it struggles to survive with theaters remaining closed or restricted from the ongoing pandemic. AMC's president and CEO, Adam Aron, said that combined with securing more than $1 billion in cash earlier in 2020, the new capital means that "any talk of an imminent bankruptcy for AMC is completely off the table."

For shareholders, however, it comes at a cost. Because of all the new shares issued, the company's market capitalization grew much faster than the share price in the recent moves. 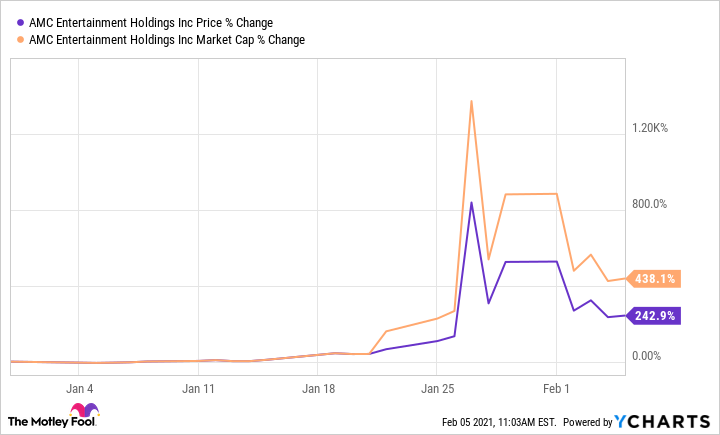 Investors should realize the dilution that has taken place, then decide if the Reddit-induced gains represent a good opportunity to cash out of the struggling company.