A report says the SPAC has forged a deal to take a fuel cell powered truck maker public.

The surge comes after a report that the SPAC has an agreement to merge with hydrogen fuel cell truck maker Hyzon Motors.

The company could announce a deal that would value the newly combined company at over $2 billion, according to a Bloomberg report that cites people familiar with the situation. The SPAC, run by Erik Anderson, closed its initial public offering (IPO) in October 2020. Anderson is also the executive chairman of Topgolf Entertainment, which agreed to be acquired by Callaway Golf in October 2020. 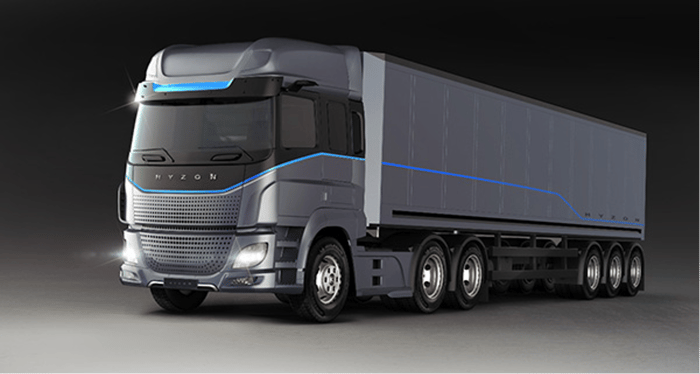 At the time Decarbonization Plus launched publicly, it stated that its goal was to combine with a company "whose principal effort is developing and advancing a platform that decarbonizes the most carbon-intensive sectors." Hyzon is a manufacturer of zero-emissions hydrogen fuel cell powered vehicles, including heavy duty trucks, buses, and coaches.

Hyzon was originally part of Singapore-based Horizon Fuel Cell Technologies, which is the world's largest volume producer of fuel cells. Hyzon launched in the U.S. in 2019 and delivered about 400 fuel cell powered commercial vehicles in 2019 alone. It counts French energy giant Total SE (TTE 0.85%) among its investors.

Why SPAC Decarbonization Plus Acquisition Stock Is Higher Today