The mechanics involved were such that it was never a question of whether its shares would fall, only when they would.

Last weekend, I warned that the worst mistake GameStop (GME -4.79%) investors could make was to assume the party would continue. Almost as if I could tell the future, the very next trading day, GameStop's shares began a rapid decline. In the space of a week, they fell from $325 a share the trading day before that piece was published to $63.77 by the end of this past Friday's trading session. That's a collapse of just over 80% in just five trading days.

That amazingly prescient timing raises a key question of how I knew GameStop would collapse. Frankly, I could tell it would collapse because the very mechanics that caused its rise were very costly ones that were not self-sustaining. Indeed, it was obvious that GameStop's shares would reverse course -- the only real question was when it would happen. 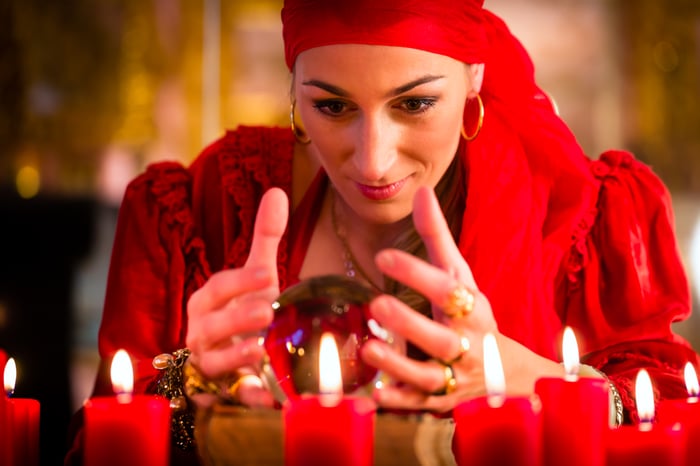 The signs of its collapse were clearly there

What drove the last stages of GameStop's massive rise before its crash was something known as gamma squeeze. Those typically get triggered when an options market is forced to buy shares to offset the risk of holding short call options on that same stock. In essence, as a stock's price rises, the market maker needs to increase the size of that hedged position, which can fuel the price rise even further. That squeeze from forced buying can cause a company's stock to shoot far past any semblance of fair value.

The reason that market maker is forced to buy those shares is the same reason gamma squeezes eventually come to an end. That's because a call options contract requires the seller of that contract to deliver shares of stock to a buyer at a certain price on or before a certain date. Whenever the contract is in the money, the options seller needs to be able to deliver on it. If an options contract expires while in the money, automatic exercise rules also mean that seller will be required to deliver on it.

Options contracts are usually based on 100 shares of stock. When GameStop's shares were above $300 apiece, each contract involved over $30,000 worth of stock. During trading on Jan. 29, there were thousands of open, expiring, and in the money contracts around that level.  When a market maker delivers on a short call options contract, that market maker does turn over stock, but gets cash in return.

Savvy options investors understand that's how options work  and frequently close options positions before they expire. In GameStop's case, it appears many of the options investors were not all that savvy -- instead buying the options specifically to "troll Wall Street" and/or force the squeeze. The problem is that when you buy an options contract, the obligations associated with that contract are still there, including the obligations created by automatic exercise at the time of obligation. It might have only cost $500 to buy a $300 options contract that factored into forcing the gamma squeeze, but when that contract expired, that same buyer had to fork out another $30,000. Throwing a few hundred dollars at a cause you think you believe in is one thing. Being forced to buy tens of thousands of dollars of a financial asset being held up only by forced buying? Well, that's something else entirely.

On top of that reluctance to make that large of an investment, chances are good that many of those people didn't have enough cash or margin buying power to make good on that commitment. In that case, their brokers would still have let the transaction gone through, and then triggered a margin call. That would have forced the sale of those newly acquired GameStop shares.

When a broker triggers a margin call sale, that broker doesn't care what the price of the underlying asset is, only how much of it needs to be sold to get the account back in contractual or regulatory compliance. That's forced selling of a stock -- the exact opposite of the forced buying that triggered GameStop's astronomical rise -- and it has the same potential to force a company's share price down.

Why I wasn't sure when it would happen

While the mechanics of the options situation should have been perfectly clear to any savvy investors who were paying attention, there was still plenty of mania surrounding the company last weekend. The New York Times and The Wall Street Journal had both recently run pieces on the phenomenon, and it was all over the television and internet news.

It was unclear how many additional people were going to be sucked into the GameStop vortex by those news pieces that trumpeted how ordinary investors were taking down hedge funds. Despite the very real financial overhang and incredible risks priced into the stock and its options, it was very possible that all that news could have pulled even more people and money into the stock. That could have caused the stock to continue rising, even further disconnected from the company's underlying financials.

What I would have done had the mania continued 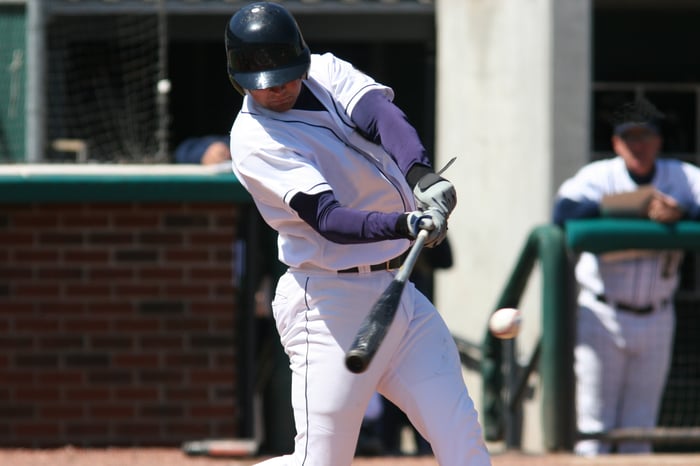 Motley Fool trading rules require me to not write about any company where I'm actively buying or selling investments. Had the GameStop party continued into last week, it would have been enough to persuade me to keep my trap shut for a long enough time to make an investment of my own. I would have invested in a way that provided profit once the stock eventually dropped.

Directly shorting the stock would have been out of the question because of restrictions on the shares, but the options market still looked open. I would have freed up every penny I could have to buy out of the money put options on the stock and then wait for the inevitable collapse to happen.

Even with the high time value premiums its put options fetched at the top of the mania, it was clear that GameStop's stock price had gotten way too far ahead of the company's intrinsic value. At an even higher stock price, it would have been worth it to buy those pricy put options and simply wait for the collapse. It's rare that the market offers up such a soft pitch, but with GameStop amid the gamma squeeze, it was.

Options are incredibly powerful tools that offer people an opportunity to magnify the impact of their investing choices. If you're going to consider them as part of your investing arsenal, you should get a handle on how that leverage works before putting your money at risk with them.

As GameStop options investors found out this past week as the gamma squeeze reversed itself, that leverage can cut both ways. It's easy to take more risks and commit more capital than you realize. So be careful with your use of options, and limit your exposure so that when the market moves against you, that leverage doesn't end up putting you in financial ruin.