The automakers said that talks with Apple have ended.

Korean automakers Hyundai (HYMTF -2.08%) and Kia say that a deal to build cars for tech giant Apple (AAPL 2.54%) -- which had been expected as soon as next week -- isn't happening.

Recent reports had suggested that an Apple-designed electric vehicle could be manufactured in a Georgia factory owned by Kia, and that a deal could be announced as soon as next week. Hyundai confirmed in January that it had held talks with Apple about the possibility.

But in a filing with South Korean regulators on Monday, the companies said that they are no longer talking with Apple. 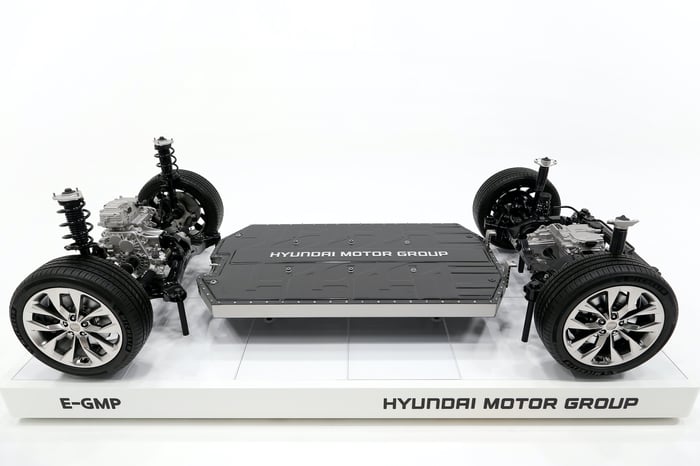 Reports had suggested that Apple's car could use an electric-vehicle architecture developed by Hyundai. Image source: Hyundai Motors.

"We are receiving requests for cooperation in joint development of autonomous electric vehicles from various companies, but they are at early stage and nothing has been decided. We are not halving talks with Apple on developing autonomous vehicles," the companies said in the filing.

Reuters has reported that Hyundai executives were torn over whether to cooperate with Apple, on concerns that the arrangement could lead it to become nothing more than a contract manufacturer, similar to Foxconn's role with Apple.

Kia's shares had gained more than 60% since Hyundai confirmed the talks with Apple in January. Shares of both Kia and Hyundai declined sharply in trading in Seoul, South Korea, on Monday.

Apple and Tesla Stock Splits Are Here: Should You Buy the Stocks Now?