Please ensure Javascript is enabled for purposes of website accessibility
Log In Help Join The Motley Fool
Free Article Join Over 1 Million Premium Members And Get More In-Depth Stock Guidance and Research
By Lawrence Rothman, CFA - Feb 8, 2021 at 11:08AM

Can you rely on this retail giant to continue making increased dividend payments?

Target (TGT -5.06%) is a household name. But merely being easily recognized as a retailing giant doesn't make a company a strong dividend stock. What determines dividend greatness? While the criteria are somewhat subjective, for me a great dividend-dealing company has to have the cash flow to support continued payments.

After meeting this threshold, a company also has to have the ability to consistently raise dividends. That produces an ever-increasing income stream as the years pass.

Using that criteria, let's zero in on Target and its financial operations and outlook to determine if it makes the grade as a great dividend stock. 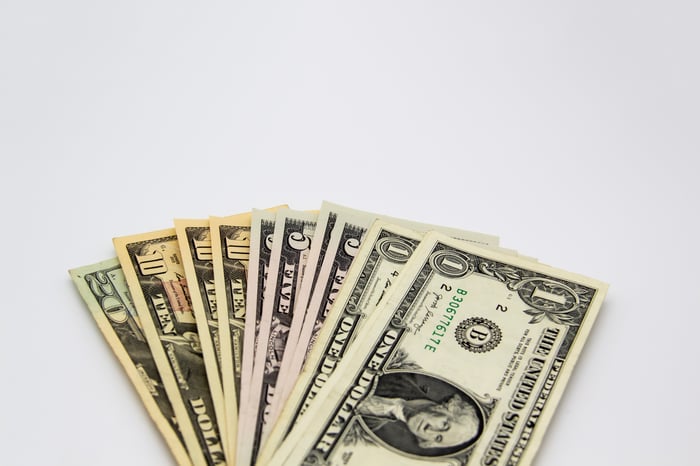 Target offers a range of consumer staples and discretionary merchandise and food products. Unlike competitor Walmart (WMT -2.74%), which seems to focus primarily on offering customers the lowest prices, Target distinguishes its goods through its own brands and by exclusively providing certain companies' offerings.

It has used these exclusive offerings to draw shoppers to its stores and website, and it has a good track record of sales and profitability. In its fiscal 2020 third quarter, which is the period that ended on Oct. 31, same-store sales rose year over year by 20.7%. The sales increase led to Target's profit growing by 44% to $1 billion.

These higher profits led to a lot of cash flow. Target's free cash flow was $5 billion for the first nine months of 2020, leaving plenty left over to pay the $1 billion of dividends. This provides a nice buffer, ensuring its dividends are secure unless something goes very wrong. But with its offerings and strong omnichannel approach, that doesn't seem likely.

The company has managed its finances well throughout the years, raising its dividends annually for 49 straight years. That's through all kinds of economic times, and even during the COVID-19 pandemic. Last April, Target announced it was boosting its September per-share quarterly payment from $0.66 to $0.68.

Already a Dividend Aristocrat, which is an S&P 500 company that has raised yearly dividends for at least 25 straight years, it is likely to become a Dividend King this year. This is an index member that has increased payouts consecutively for a minimum of 50 years. As of last year, there were only 27 companies that could make that claim (not all of which are S&P 500 stocks).

While a dividend increase isn't guaranteed, clearly it is important to the company. On the third-quarter earnings call, CFO Michael Fiddelke, when talking about the company's long-standing capital allocation practices, stated that it invests in projects, and "...we support our dividend and look to build on our nearly 50-year record of annual increases in our dividend per share."

Target offers investors a 1.5% dividend yield, which falls roughly in line with other S&P 500 stocks.

Does Target make the grade?

Along with a solid and growing dividend, Target has also been providing investors with above-average stock price growth over the past couple years. That's saying something, considering the state of the retail sector these days. If this share price appreciation continues (never a sure thing), shareholders can expect to participate in the stock's appreciation, too. Target's share price was up roughly 64% over the last year, trouncing the S&P 500's 17% gain over the same timeframe. That growth strongly suggests Target is not merely a slow growth, consumer staples stalwart.

With its impressive dividend history and strong free cash flow generating ability (as well as strong share price appreciation of late), you can count on the board of directors to regularly raise the payment. That's enough in my book to call Target a great dividend stock.