Please ensure Javascript is enabled for purposes of website accessibility
Log In Help Join The Motley Fool
Free Article Join Over 1 Million Premium Members And Get More In-Depth Stock Guidance and Research
By Royston Yang - Feb 8, 2021 at 11:00AM

The new insurance upstart amassed a base of over 1 million customers and plans to launch term life insurance soon.

Shares of Lemonade (LMND 2.41%) surged by 18.6% in January, according to data provided by S&P Global Market Intelligence.

The insurance company went public at $29 back in July last year, and its shares have since gone up fivefold as the company posted strong growth numbers. 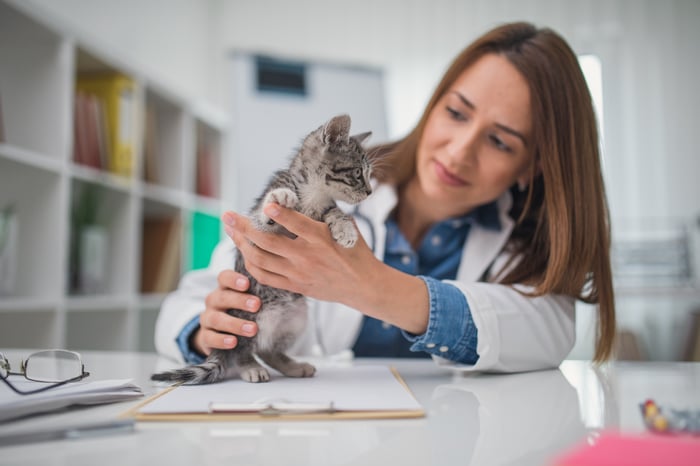 The provider of home and pet insurance reported a strong set of numbers for its third quarter, demonstrating the rapid growth in customer acquisition. Lemonade's business relies on artificial intelligence and behavioral economics to perform underwriting and pricing, and the company announced that it had more than 1 million active customers at the end of last year after launching more than four years ago. This achievement is a significant milestone since other insurers may take decades to garner the same number of customers.

Financial metrics have also shown a strong improvement. For its third quarter, Lemonade's premium per customer jumped close to 20% year over year from $169 to $201, while gross premiums earned doubled from $21 million to $42.9 million over the same period. The launch of pet insurance during the quarter acted as a catalyst that enabled the company to cross-sell its other services, leading to an almost quadrupling of median premiums for customers who added a pet policy.

Lemonade plans to test-launch life insurance this quarter and bring term life insurance to its customer base. This foray into life insurance is a bet the company is willing to make since it will not be underwriting the policies but will rely on its platform and current base of customers to do the job.

Chief operating officer Shai Wininger mentioned during the company's latest conference call that the addressable market for term life insurance is large at $800 billion and is expected to grow at a 10% compound annual rate until 2030. Lemonade should find ample opportunities to expand its revenue stream given the large market size.

Another factor working in the company's favor is that the average age of its customers is around 33. This is commonly when people go from renting to home ownership to also having their first child, and represents an ideal age to consider their first life insurance policy.