Please ensure Javascript is enabled for purposes of website accessibility
Log In Help Join The Motley Fool
Free Article Join Over 1 Million Premium Members And Get More In-Depth Stock Guidance and Research
By Jennifer Saibil - Feb 10, 2021 at 7:15AM

One New York Times columnist thinks so. But are millions of individual investors wrong?

The stock market has been getting a bit of a bad rap lately. Some of the recent criticism is related to the loose community of traders who gather in Reddit's r/wallstreetbets group forum and who decided to take on the investing insiders and knocked them down a peg. Farhad Manjoo wrote in The New York Times last week about the recent market events and said that the stock market is increasingly disconnected from economic realities, and he asserts that we spend too much time following a market that mostly just benefits a small amount of very rich people.

In many ways, these attacks on the system are just part of the process. As Manjoo asks: "Were billionaires likely to win whatever happened, because they always do?" But even if the billionaires do win in the end, it doesn't mean that individual investors can't. The writer concludes: "The stock market has turned into a game -- a game we should stop."

But it doesn't have to be a game. Despite these recent trading antics, investing in equities remains a strong vehicle for anyone -- including the average person -- to accumulate wealth. And as trading sites like Robinhood and Square's Cash App have made accessing the stock market even easier, any individual can put some money into the right stocks and watch their portfolio's value grow. 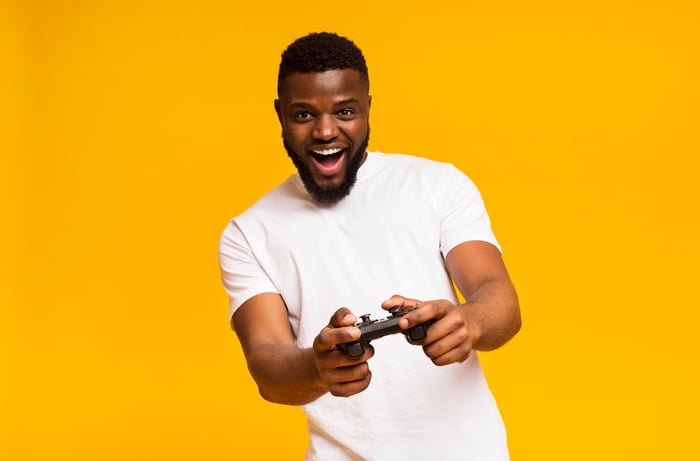 Why the bad rap for investing?

It's no secret that Wall Street investment banks make billions of dollars underwriting and trading stocks. In the not-so-distant past, the only way for an individual investor to trade stocks was to hire a broker and pay them relatively high fees for advice and to make trades. While options to trade (including free options) have increased, the big (professional) guns still wield tremendous financial power. For instance, they still get access to the massive gains that have become common when buying into the latest initial public offerings. Airbnb (ABNB 2.62%) shares were priced at $68 during its IPO in December. But the stock opened to trade with the general public on the first day of trading at $146 per share. Before any average investor was able to buy shares, the underwriters, investment banks, institutional funds, and some high-net-worth clients of brokerage houses were first offered the chance to purchase those IPO shares directly at the initial price. That privelege allowed those entities to more than double their investments on the first day.

Those people might have been following the old adage, if you can't beat 'em, join 'em.

The truth about the stock market

There are no guarantees that individual stock prices will rise, but the broader market has generally rewarded investors over the long term. Stocks in the S&P 500 index have, on average, returned 11% annualized over the past 10 years. If you had invested $100 each month during that period in an investment fund representing that index, this is an approximation of what your results would have looked like. 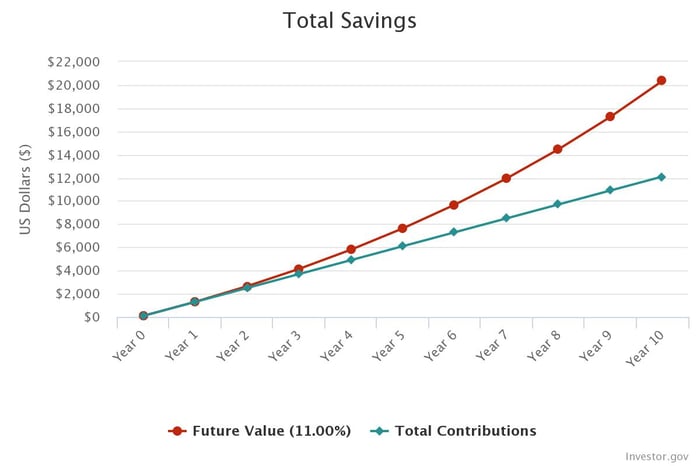 If, rather than buying an index fund to simply match the market's average performance, you instead carefully pick your own portfolio of stocks that maintain annualized gains of 15%, and you increase your time frame to 20 years, your chart would look more like this. 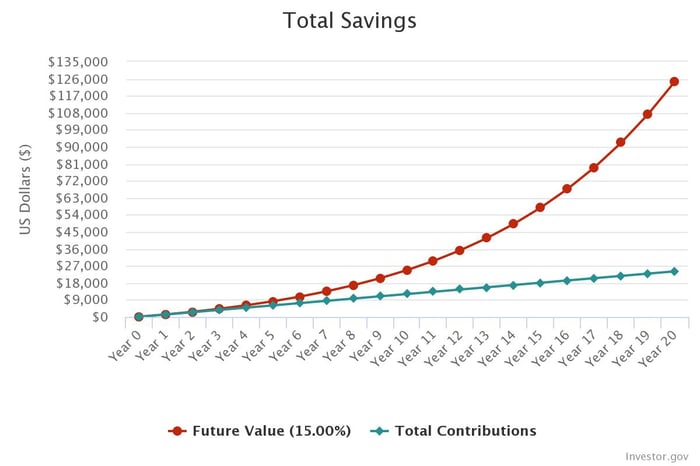 Granted there are some "ifs" in that calculation. You need to contribute funds consistently each month, and you need to understand that the 15% yearly gains are an average gain that will likely include some surprising ups and downs along the way. But 15% average yearly gains are a manageable goal that most investors can reproduce without having to pick the riskiest stocks or take complicated investing actions.

These broad-strokes charts also don't take into account the various investing styles one might pick. Some investors might prefer more conservative approaches like value investing or dividend investing. Some investors who aren't comfortable picking individual stocks might focus on sector investing or themed investment through ETFs (exchange-traded funds) or similar instruments. Some might do a combination of multiple approaches. All can work if done thoughtfully and wisely.

It's more than a game

There are plenty of speculative investments out there for those who see Wall Street as a betting market. But smart investors look for profit over the long term without trying to time the market and without making overly risky bets. Consistently adding money to your portfolio, investing in great companies, and allowing the magic of compound growth time to do its work can almost guarantee that you'll retire with wealth, and without playing any games.