The market was volatile on Thursday, but these winners stood out.

The Nasdaq Composite (^IXIC 2.96%) has been able to rise lately even when the broader stock market hasn't fared as well, and Thursday proved to be no exception. Despite seeing losses briefly, the Nasdaq bounced back to a tiny gain at 1:15 p.m. EST, and was up about 0.25%.

Even with broader declines, several popular stocks found themselves moving higher. Foremost among them was Bumble (NASDAQ: BMBL) as it began trading for the first time on the Nasdaq after its initial public offering overnight. Meanwhile, semiconductor stocks showed strong gains that helped to minimize the damage on the Nasdaq from weakening market sentiment on Wall Street.

All abuzz about Bumble

Shares of Bumble opened for trading around midday, with the first trade taking place at $76 per share. That's only a bit above where the stock was at 1:15 p.m. EST.

Bumble runs a popular dating app that offers an alternative to Match Group's (MTCH) Tinder and other competing apps. Bumble founder and CEO Whitney Wolfe Herd actually co-founded Tinder, and her motivation for Bumble was to answer a simple question: "What if women made the first move, and sent the first message?" 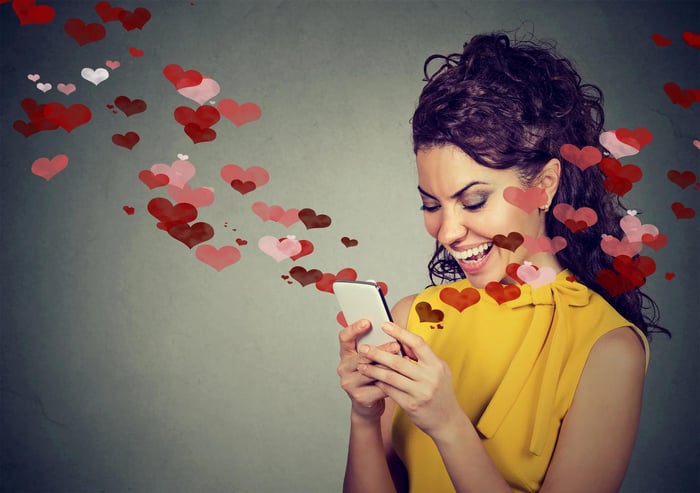 The appetite among investors for Bumble stock has been insatiable. At first, the company sought to sell 34.5 million shares at between $28 and $30 per share. Bumble then raised its target to between $37 and $39 per share. In the end, the IPO went out at $43, with an outsize offering of 50 million shares.

With today's jump, Bumble is coming onto the market with a capitalization of around $15 billion to $20 billion. That's a lot, but it's less than half the $45 billion that Match Group sports, and bullish investors hope that Bumble will catch up and surpass its rival in the near future.

Semiconductor stocks have been on the upswing for quite a while now, as the trend toward accelerated digital transformation has increased demand for computing equipment and the components that go into it. Indeed, some major customers have had to idle their own production efforts because of a shortage of necessary semiconductor chips for essential systems and applications.

That's good news for companies around the industry. For chipmakers, the payoff is obvious, as they can charge higher prices for commodity chips like memory and also get strong demand for launching new products. Moreover, for semiconductor equipment manufacturers, the high price environment is profitable for selling foundry equipment to help chipmakers boost their production to take advantage of high demand.

Long-term investors should be aware, though, that semiconductors tend to be cyclical in nature. Once chipmakers boost their production capacity, prices fall, and that in turn can lead to supply gluts and the inevitable downward phase of the industry business cycle.

For now, though, semiconductors are riding high. As long as demand for mobile devices and other tech remains strong, that's a trend that's unlikely to change.