The online dating specialist was the belle of the ball.

Investors didn't hide their feelings for Bumble (NASDAQ: BMBL), which buzzed 64% higher on its first day of trading on Thursday. Excitement surrounding the IPO of the popular online dating app had been building, spurred on by rising investor interest.

Shares were originally priced in a range of $28 to $30, but robust interest sent the price higher in the weeks leading up to its debut. The range climbed to $37 to $39, and shares were eventually priced at $43, but even that fell short of demand. Bumble stock soared 79% as shares began trading, opening at $76. The stock closed at $70.31, more than 63% above its offering price. 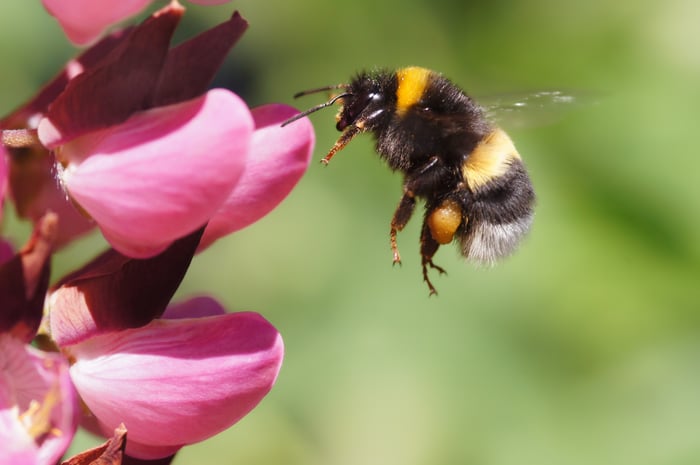 Bumble sold 50 million shares at $43 apiece and raised $2.15 billion in the process. The company ended its first day of trading valued at $7.7 billion.

The dating platform is the brainchild of CEO Whitney Wolfe Herd, one of the original architects of Tinder, which is now owned by rival Match Group (MTCH -4.24%). Bumble has two dating apps, Bumble and Badoo, which are among the highest grossing online dating apps in the world, ranking within the top five iOS lifestyle apps in 30 and 89 countries, respectively. That amounts to about 42 million monthly active users (MAUs) with roughly 2.4 million paying clients.

For the nine months ended Sep. 30, 2020, the dating app generated revenue of roughly $417 million, an increase of 15% year over year, though it was a marked slowdown from 36% growth in 2019. Things were tougher in 2020, as the company slipped from profits to losses. During the first nine months of 2020, it generated a loss of roughly $117 million, a far cry from a gain of $69 million in the prior-year period.