The tech giant expressed an interest in acquiring the "anti-social media" platform.

It appears Microsoft (MSFT -3.17%) is on the prowl again, looking for its next big deal. Mr. Softy reportedly held talks with Pinterest (PINS -4.97%) to acquire the popular social media site, according to a report in the Financial Times (courtesy of MarketWatch).

Pinterest reportedly rebuffed the offer and talks have stalled. If the deal had come to fruition, it would have marked Microsoft's biggest acquisition to date. Pinterest currently sports a market cap of more than $54 billion -- more than twice the $26 billion Microsoft spent to acquire LinkedIn back in 2016. 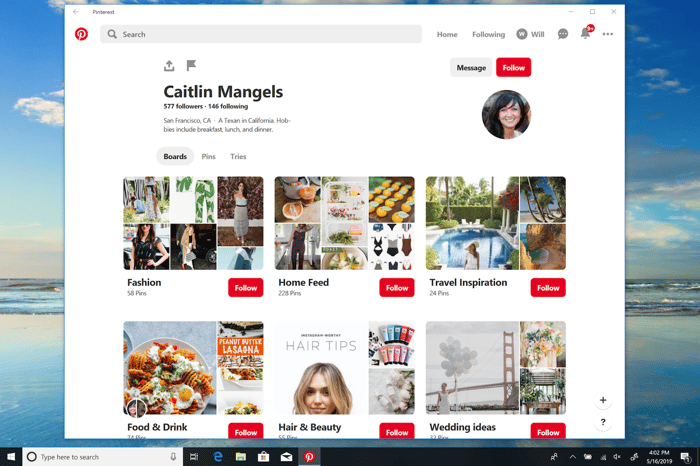 This isn't the first high-profile social media company in Microsoft's sights in recent months. Late last year, the tech giant expressed interest in bagging TikTok's U.S. operations from ByteDance after the Trump administration threatened to ban the short-form video app due to concerns over user-data privacy.

It's easy to see why Microsoft might be interested in adding another top-flight social network. Since acquiring LinkedIn, estimated revenue from the professional networking app has nearly quadrupled to more than $8 billion in 2020, though Microsoft doesn't break out its results.

Pinterest has been on fire, growing revenue in 2020 to $1.69 billion, up 48% year over year, while its global user base climbed by more than 100 million to 459 million. International users represent less than 16% of its total, though growth outside the U.S. has been much more robust, with revenue and monthly active users (MAUs) growing 129% and 46%, respectively.

The platform allows users to "pin" items of interest from across the internet to a virtual corkboard, helping to inspire and motivate them, and acting as a catalyst to travel, begin a project, or take on a new recipe. This sets it apart from peers, earning it the nickname the "anti-social media" company.