Please ensure Javascript is enabled for purposes of website accessibility
Log In Help Join The Motley Fool
Free Article Join Over 1 Million Premium Members And Get More In-Depth Stock Guidance and Research
By Neha Chamaria - Feb 11, 2021 at 7:07AM

When ARK Invest's Cathie Wood starts buying a stock, you must pay attention.

If there's one fund manager turning heads, it's Cathie Wood, CEO and chief investment officer of ARK Invest. Two things about the investment-management firm have stood out to investors: its investment philosophy and jaw-dropping returns.

ARK invests solely in disruptive innovation -- a strategy that has proven so successful thus far that all five of ARK's actively managed exchange-traded funds (ETFs) have more than doubled in the past year. Yes, you read that right. 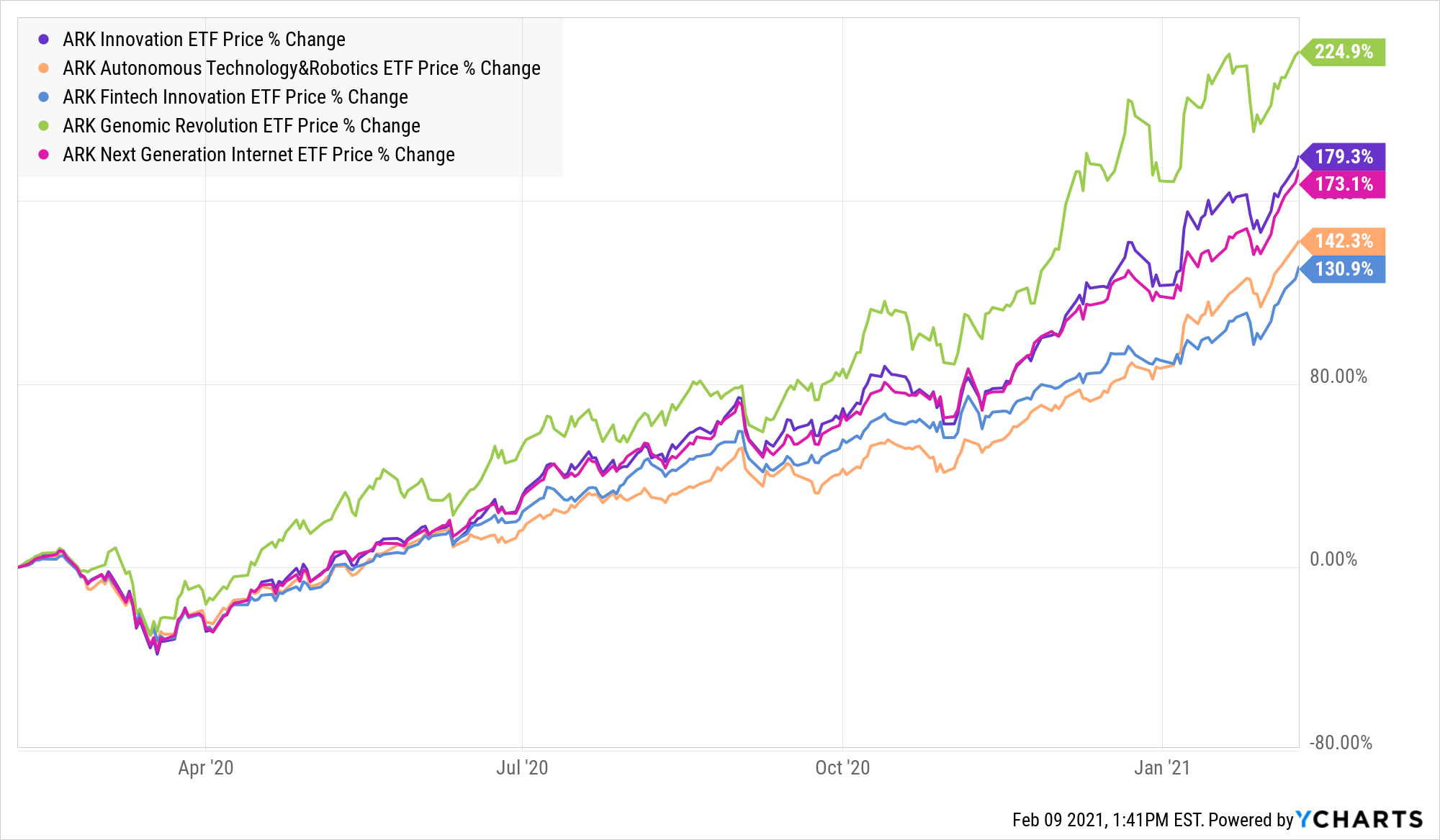 Not surprisingly, investors are now watching ARK's trades more closely than ever. It definitely pays to sit up and take notice when a new stock catches Wood's eye, especially when ARK's largest ETF, ARK Invest Innovation ETF (ARKK -5.92%), snaps up shares of this particular company. In fact, another one of ARK's ETFs, ARK Autonomous Technologies & Robotics ETF (ARKQ -2.26%), also appears to be slowly building up a position in the stock.

While ARK Autonomous Technologies & Robotics ETF has brought roughly 0.28 million shares of PACCAR as of this writing (with its last purchase reported on Feb. 9), ARK Innovation ETF purchased PACCAR shares every day between Jan. 20 and Feb. 4 except one, snapping up nearly 2.59 million shares during the period.

Note the date, Jan. 20. Given the Innovation ETF's focus on technology that can potentially change the way the world works, it's no surprise that just the previous day, PACCAR made an announcement that caught Wood's attention. 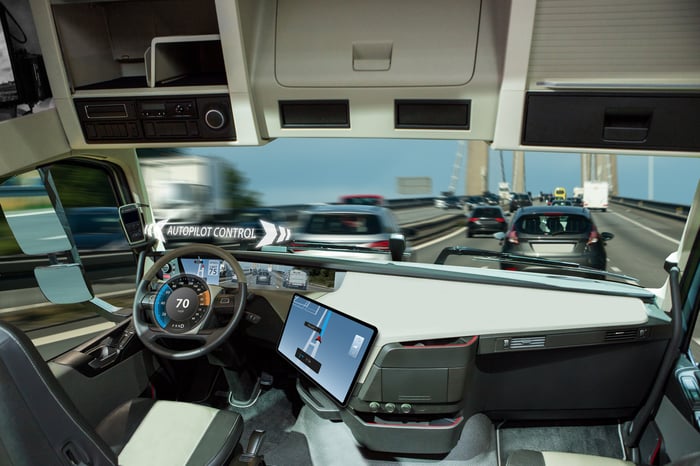 ARK is betting big on industrial revolution, including autonomous transportation. ARK believes autonomous electric technology will disrupt automotive and other industries. It expects autonomous electric trucks to compete fiercely with freight rail given their cost advantage, and sees them cutting the cost of trucking by 75% to only 3 cents per ton-mile over the next five to 10 years. Not surprisingly, both ARK Invest Innovation ETF ARK and Autonomous Technologies & Robotics ETF count Tesla, the leading electric vehicle company, as their largest holding. It's not surprising either that PACCAR has made its way into the ETFs, what with the company expectedly joining the autonomous race.

PACCAR is one of the world's largest manufacturers of medium- and heavy-duty trucks. It's well-known for its Peterbilt, Kenworth, and DAF brands. On Jan. 19, it signed a deal with Aurora Innovation, an autonomous-vehicle start-up founded by Chris Urmson, the former leader of Alphabet's (GOOG -1.48%)(GOOGL -1.38%) self-driving car project. Aurora acquired Uber Technology's self-driving unit last year and has just partnered with Toyota.

PACCAR and Aurora will develop and commercialize autonomous Peterbilt 579 and Kenworth T680 trucks, powered by Aurora's self-driving technology called the Aurora Driver. Think of it this way: PACCAR will build steering, braking, and power systems, while Aurora will develop autonomous drivers with software and sensors to integrate with those systems.

Catching up on futuristic technologies

Aside from autonomous trucks, PACCAR is also dabbling in other technologies to ensure it doesn't miss out on any opportunity. Key technologies include:

PACCAR will start production of six zero-emission electric truck models by the second quarter of 2021, orders for which began flowing in from the third quarter of 2020. It also struck a deal with Faith Technologies and Schneider Electric last year to provide charging infrastructure solutions to its customers.

To fast-track these programs, PACCAR is also bumping its research and development (R&D) budget. It expects to spend $350 million to $375 million on R&D in 2021, compared with $274 million in 2020. It's a step in the right direction, as PACCAR has often come under scrutiny for low R&D spending. For perspective, it barely spent 1.5% of sales on R&D in the past 12 months, compared with rival Daimler's (DMLR.Y -0.60%) 4% R&D spend. Daimler has been quite aggressive on the autonomous front. It acquired Torc Robotics in 2019 and recently partnered with Alphabet's self-driving subsidiary, Waymo.

PACCAR is on a roll

A higher R&D budget and its Aurora partnership prove PACCAR is upping up its innovation game -- which fits well with Wood's strategy. PACCAR is already a proven, well-run company with solid brand power in the world of trucking. Kenworth and Peterbilt, for example, cornered a 30% share of the heavy-duty Class 8 truck market in North America even as their share in the North American medium-duty truck market hit a record high of 22.6% in 2020.

With a strong balance sheet to boot, PACCAR has the bandwidth to invest in the future of trucking and remain right in the eye of ace investors like Cathie Wood.