Traders are bailing out of pot stocks. But should they be?

Cannabis stocks plunged on Thursday as traders rushed to take profits in companies that analysts say have seen their share prices rise too far, too fast.

Here's how some of the most popular marijuana stocks were performing as of 2:15 p.m. EST.

Pot stocks have caught the attention of traders on Reddit and other social media sites in recent weeks. Spurred by their excitement about the possibility of federal marijuana legalization in the U.S. now that the Democrats control the Senate, the House of Representatives, and the White House, many traders in the 8.9 million-member WallStreetBets Reddit group have ramped up their bets on weed stocks. 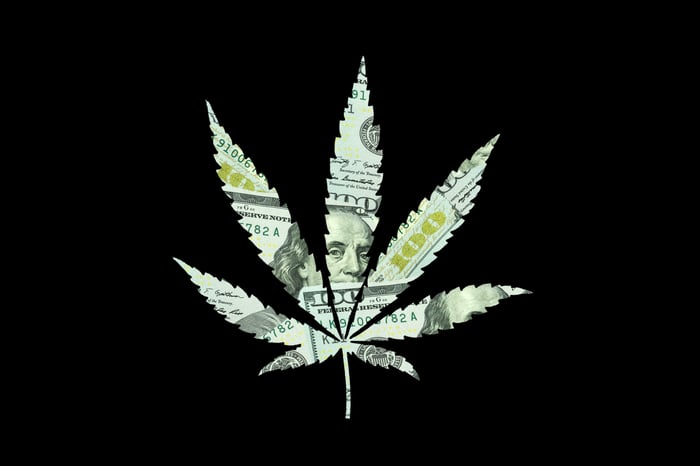 Shares of Aurora, Aphria, Cronos, Canopy, and Hexo gave up some of their recent gains on Wednesday. Image source: Getty Images.

Up until the market close on Wednesday, that optimism had been playing out well for investors. Many cannabis stocks had more than doubled since the beginning of the year. 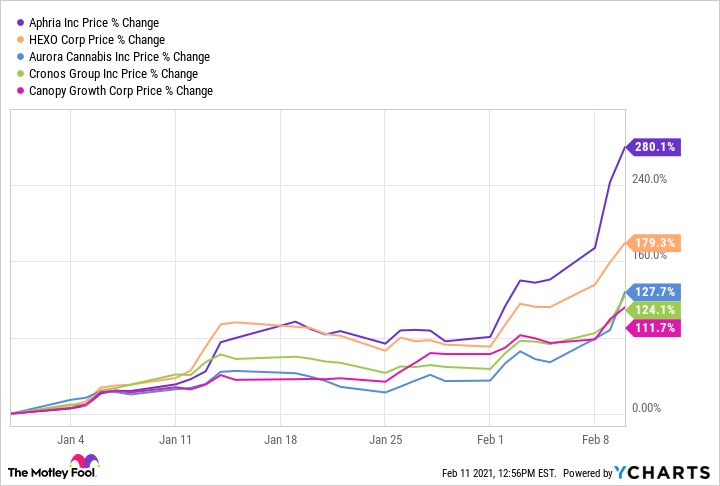 However, analysts have been cautioning investors that in the wake of these torrid gains, the prices of many marijuana stocks no longer reflect the fundamental values of their underlying businesses. On Wednesday, many traders seemingly decided to pay attention to these warnings and sell their shares.

Still, cannabis remains one of the largest growth opportunities for investors in the coming decade. And if the stock prices of industry leaders such as Canopy Growth and Aphria pull back even further in the coming days, it's possible that long-term-minded investors could find some intriguing bargains.