Please ensure Javascript is enabled for purposes of website accessibility
Log In Help Join The Motley Fool
Free Article Join Over 1 Million Premium Members And Get More In-Depth Stock Guidance and Research
By Timothy Green - Feb 13, 2021 at 7:20AM

While high-flying growth stocks are exciting, it's hard to go wrong in the long run with quality dividend stocks. You're unlikely to snag the next 100-bagger if you're a dividend investor, but you're also unlikely to get burned by sky-high valuations and growth expectations that are detached from reality.

Having said that, all dividend stocks are not created equal. A high dividend yield is far from a guarantee that your results will be favorable. Chasing rich dividend yields, only to have those dividends slashed when times get tough for the underlying companies, is not a path to long-term investing success.

Two dividend stocks that do look like good bets are AT&T (T 0.61%) and International Business Machines (IBM 0.53%). While both companies are facing challenges and elevated debt levels, the stocks deliver dividend yields above 5% that are well covered by the cash flow generated by these businesses. 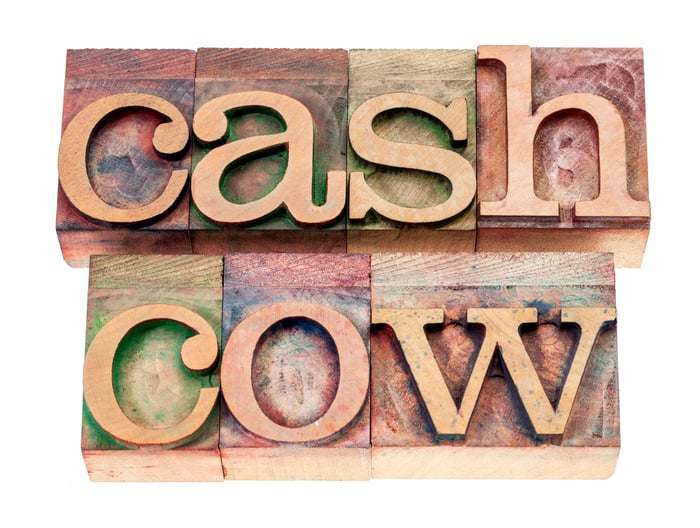 Telecommunications giant AT&T has made some costly mistakes. The company spent tens of billions of dollars building out its media arm and acquiring DirecTV and Time Warner -- while loading up the balance sheet with debt in the process.

DirecTV is an unmitigated disaster: The company wrote off $15.5 billion related to the video business in the fourth quarter of last year and is reportedly in talks to sell a stake in DirecTV that would value it at less than one-third what AT&T paid in 2014. Time Warner, now known as WarnerMedia, has fueled AT&T's steaming ambitions with a vast trove of assets including HBO, but the company hasn't gained subscribers as quickly as other services like Disney's Disney+.

Despite these issues, AT&T's core wireless business still throws off a ton of cash. The company reported free cash flow of $27.5 billion for 2020, despite the costs associated with its foray into media, and expects free cash flow of around $26 billion in 2021. The wireless business is growing: The company said 2020 was its best year for postpaid phone net adds in a decade, and it enjoyed the second lowest postpaid phone churn on record.

AT&T's quarterly dividend of $0.52 per share works out to a dividend yield of 7.3%, historically high for the telecom stock. The company is facing legitimate challenges, and dividend growth is likely to be very slow in the years ahead. But for investors looking for a high-yield dividend stock, there's a lot to like about AT&T.

Century-old tech giant IBM has been working on its transformation for the better part of a decade. Caught flat-footed by the cloud computing revolution, the company has made some massive bets on a type of cloud computing it believes can deliver a sustainable competitive advantage. The $34 billion acquisition of software company Red Hat was IBM's boldest move.

IBM isn't going to be a leading player in the world of public infrastructure-as-a-service, which is currently dominated by Amazon Web Services and Microsoft Azure. Instead, the company is focused on hybrid cloud computing, which mixes on-premises hardware, private cloud, and public cloud. IBM is betting that its large clients will opt for a hybrid approach, as opposed to going all in on public cloud.

The pandemic has thrown a wrench into IBM's plans as customers pull back on spending in an uncertain environment. IBM's revenue and profits tumbled in 2020, even as cloud revenue grew. The company expects to return to revenue growth this year and anticipates as much as $12 billion of free cash flow excluding the impact of restructuring. But expect IBM's results to be messy for the time being.

IBM pays a quarterly dividend of $1.63 per share, which works out to a dividend yield of about 5.4%. Based on the current share count, the dividend will eat up less than half of IBM's adjusted free cash flow in 2021. Like AT&T, IBM needs plenty of excess cash flow to pay down the debt it accumulated from acquisitions.

IBM stock trades for just nine times its guidance for adjusted free cash flow for 2021. The company still needs to convince the market that its hybrid cloud strategy will pay off, but patient investors can collect IBM's lofty dividend as they wait for the strategy to work and for the stock to rebound.