Proto Labs (PRLB -3.12%) released its fourth quarter and full-year 2020 results before the market open on Friday.

Shares of the digital contract manufacturing company slipped 1.8% on Friday. We can probably attribute the market's slightly negative initial reaction to revenue guidance for the first quarter of 2021 coming in a little lower than Wall Street had been expecting. On the positive side, fourth quarter revenue and earnings both beat the analyst consensus estimate. 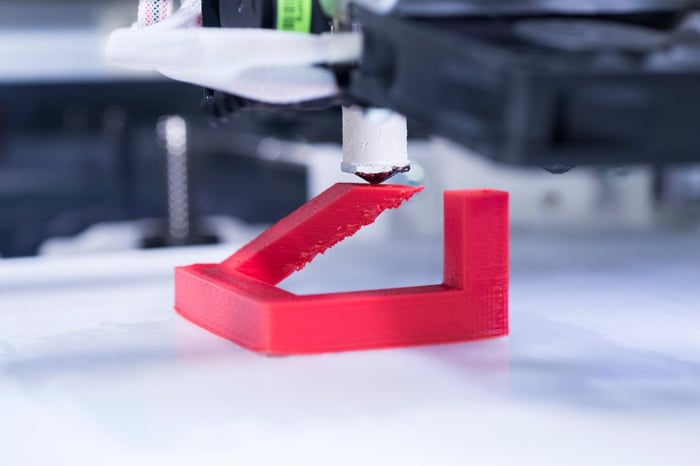 Fourth quarter revenue declined 7% year over year in constant currency, and it edged down 2.1% from the third quarter.

For the quarter, Wall Street was looking for adjusted EPS of $0.49 on revenue of $102.5 million, as outlined in my earnings preview. So, the company edged by analysts' earnings estimate and comfortably beat the revenue expectation.

Proto Labs had guided for fourth quarter revenue of $96 million to $106 million. So, its result came in at the high end of its outlook range.

Gross margin held up pretty well. It was 50%, compared to 50.6% in the year-ago period. The considerable decline in earnings was driven by lower revenue, which resulted in lower efficiency, along with a $3.2 million increase in research and development spending relative to the year-ago period.

Cash flow and balance sheet strength remain high points. In 2020, Proto Labs generated $107 million in cash from operations, compared with $116.1 million in 2019. It ended the year with $221 million in cash, cash equivalents, and short-term investments.

The 3D printing business had the best quarterly revenue performance. This is a double-edged sword, as this segment traditionally has had the lowest margins.

In the earnings release, CEO Vicki Holt said that Proto Labs "responded very well in the face of unforeseen challenges driven by the emergence of the global [COVID-19] pandemic and the ensuing substantial decline in global economic activity during 2020." Indeed, the company did a commendable job during the year, which presented considerable challenges to companies such as Proto Labs that serve customers in the industrial sector.

CFO John Way added. "2020 was the most difficult backdrop our business has ever faced, yet our digital manufacturing model continued its strong cash flow generation, allowing us to proceed with investments to support the long-term growth of the business, while maintaining our financial strength and flexibility."

As we look to the first quarter, we have experienced improvement in our business, however activity has not yet returned to pre-pandemic levels. As a result, we expect first-quarter revenue to be in the range of $108 million to $118 million compared to $105.2 million in the fourth quarter [of 2020]. With the closing of the 3D Hubs acquisition during the quarter, we will record a partial quarter of revenue of approximately $5 million.

Going into the release, Wall Street had been modeling for first quarter revenue of $110.3 million, which probably didn't include the contribution from 3D Hubs. The company's guidance for organic revenue is about $103 million to $113 million, or $108 million at the midpoint. That's a bit lighter than the $110.3 million analysts had been expecting.

However, we can probably assume that the revenue guidance is on the conservative side, as has proven to be the case throughout 2020.