The company aims to be more competitive with ultra-low-cost carriers.

JetBlue Airways (JBLU -0.58%) is making big adjustments to its pricing strategy. The company announced Tuesday that it is slashing its basic economy fares and introducing a new restriction.

The carrier is making changes not only because of the severe drop in demand it has faced during the coronavirus pandemic, which has gutted the travel industry. It is also doing so to become more competitive with ultra-low-cost rivals, which were becoming a major force on many routes even before the outbreak . 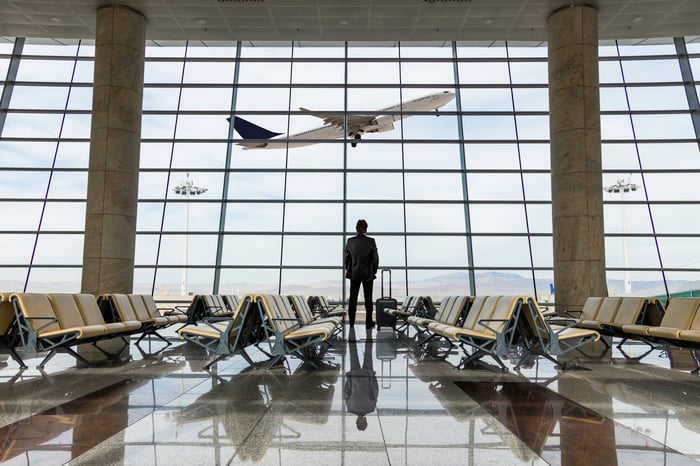 In an interview with Reuters, JetBlue President and Chief Operating Officer Joanna Geraghty said, "We recognize that we're competing in a very fragmented marketplace. When you look at certain customers who purchase almost entirely on price, we want to make sure that we are squarely in their decision set."

As ever, there's a catch to lowering discount class prices. With the new strategy, JetBlue will only allow its Blue Basic fare customers to bring aboard one item of luggage that can fit under the seat. Passengers who want carry-on space will have to pay separately for it. Although JetBlue isn't the only airline that has instituted this rule for budget fare categories, customers probably won't welcome the change.

Additionally, changes and cancellations in Blue Basic tickets will generate fees that are waived for the higher ticket classes. That shift should be effective starting April 1.

The specifics of this new pricing and the new carry-on fee were not immediately available.

Nevertheless, investors seemed to be cautiously optimistic about the new strategy. On Tuesday, JetBlue's shares closed 1.7% higher, besting the flat performance of the S&P 500 index.