Shares of Desktop Metal (DM 7.29%) slumped as much as 10% by 2:30 p.m. EST on Wednesday. Weighing on the 3D printing company was news that it closed its acquisition of EnvisionTEC.

Desktop Metal paid $300 million in cash and stock to acquire EnvisionTEC, a leading global provider of volume production photopolymer 3D printing solutions. The company is a pioneer in digital bio fabrication additive manufacturing. It makes biocompatible parts for the healthcare sector for applications like bone regeneration, cartilage regeneration, soft tissue fabrication, drug release, and organ printing. It's also a leader in the dental market, as more than 1,000 dental customers use its printers for pre-production and end-use parts. 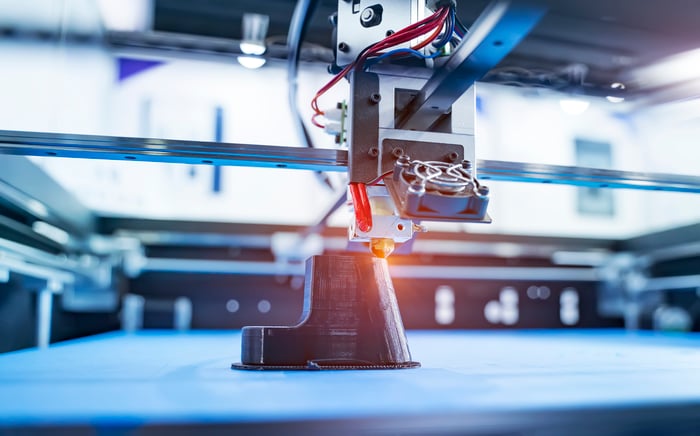 The acquisition of EnvisionTEC more than doubles Desktop Metal's global distribution network. It also increases its geographic sales capabilities to 68 countries around the world.

Desktop Metal had taken its investors on a wild ride since its initial public offering via a reverse merger with a special purpose acquisition company (SPAC) late last year. Shares slumped in December after it revealed plans to sell more stock. Meanwhile, they bounced back in January after analysts gave its EnvisionTEC deal a vote of confidence. Today, they're slumping because the company issued stock to fund the EnvisionTEC deal, diluting existing shareholders. That volatility will likely continue as the company makes additional moves to stake its claim in the 3D-printed parts market, which analysts believe will dramatically increase over the next decade.