Shares of metals-recycling company Aqua Metals (AQMS -5.63%) soared more than 30% early on Wednesday before settling back to a 13.2% gain as of 1:20 p.m. EST. The company announced a business strategy agreement yesterday that sent shares higher, but another announcement today has investors more excited.

The company said today that it would be investing in LINICO Corporation (LiNiCo) to broaden its scope from lead battery metal recycling into lithium-ion battery recycling. Lithium-ion batteries could become ubiquitous in the near future as the electrification of transportation takes hold.

The company will be making a $2 million stock investment for a 10% interest in LiNiCo. 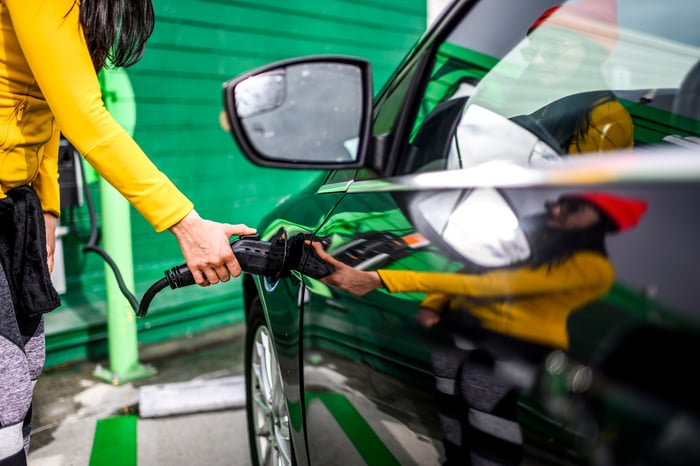 As the popularity of electric vehicles grows, LiNiCo says the demand for lithium-ion batteries is estimated to double by 2025 and quadruple by 2030. The investment is potentially meant to apply Aqua Metals' AquaRefining lead-recycling technology to lithium-ion battery recycling.

Yesterday, Aqua Metals announced a lease-to-buy agreement for its McCarran, Nevada recycling facility to maintain a research and development facility, while unloading an asset and receiving lease payments at the same time. Investors appear to be pleased with both the business strategy and the move into what could be a significant growth area going forward.