Please ensure Javascript is enabled for purposes of website accessibility
Log In Help Join The Motley Fool
Free Article Join Over 1 Million Premium Members And Get More In-Depth Stock Guidance and Research
By Beth McKenna - Updated Feb 18, 2021 at 10:39AM

Investors will soon find out how the pandemic affected the 3D printing company's fourth-quarter results.

3D Systems (DDD 3.23%) is slated to report its fourth-quarter and full-year 2020 results after the market close on Feb. 24. Its conference call with analysts is scheduled for 10 a.m. EST the following day.

Investors, though, already have a fairly good idea of what to expect from some of that report's key numbers, because on Jan. 7, the 3D printing company released its preliminary Q4 results.

Given that those preliminary results were considerably better than Wall Street had been expecting, investors will likely be approaching the report with more optimism than they had previously. 2020 was a tough year for companies like 3D Systems that have large customer bases in the industrial sector, which has been hit hard by the COVID-19 pandemic. After some steep plunges and recoveries, 3D Systems finished 2020 up by around 3%.

Here's what to watch in 3D Systems' Q4 report. 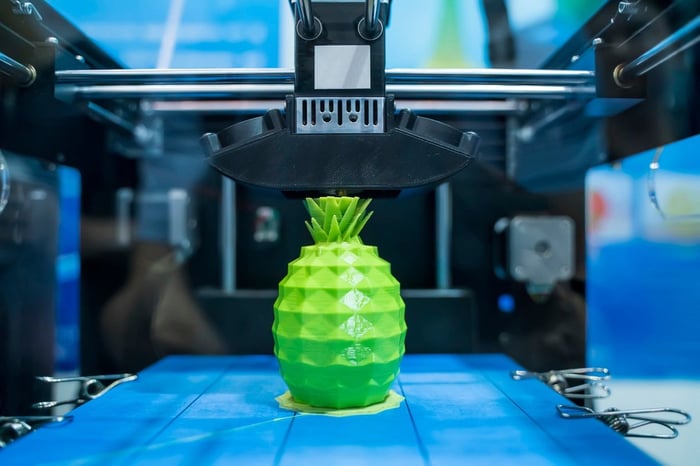 Below are the company's results from Q4 2019, the preliminary results it provided for Q4 2020, and Wall Street's consensus estimates to use as benchmarks.

Analysts revised their estimates upward after 3D Systems released its preliminary results. Prior to that, their consensus was for revenue of less than $140 million and adjusted earnings per share (EPS) of just $0.04.

For the fourth quarter, analysts' revenue growth expectation is anemic from a year-over-year standpoint. However, it represents a strong 25% sequential improvement from the third quarter.

By comparison, Wall Street expects Stratasys' Q4 revenue to decline by 16% year over year (but rise nearly 6% sequentially) to $135.1 million. Analysts are also looking for that company's bottom line to worsen. On an adjusted basis, the consensus estimate is for it to break even, compared to net income of $0.18 per share in the year-ago period.

For additional context, in the third quarter, 3D Systems' revenue fell 13% year over year (but rose 21% sequentially) to $135.1 million, easily beating the $114 million consensus estimate. Adjusted for one-time items, it posted a net loss of $4.1 million, or $0.03 per share, a 25% improvement from the net loss of $0.04 per share in the year-ago period. This result also easily topped Wall Street's expectation, which was for an adjusted loss per share of $0.08.

Preliminary Q4 results suggest that 3D Systems is on track to release headline numbers that are notably better than those it produced in the third quarter and even an improvement from the year-ago period. The latter would be an especially laudable accomplishment given that Q4 2019 was in the books before COVID-19 began impacting 3D Systems' business.

Since last quarter's earnings were released, the company announced some great news on the liquidity front. In early January when it released its preliminary Q4 results, it also reported that it had paid off its outstanding debt of $21 million using a portion of the $64.2 million in proceeds it generated from the sale of its non-core software businesses. The company is now debt-free.