Losses are mounting for the company.

Shares of Vonage Holdings (VG -0.43%) dropped as much as 15.4% in trading on Thursday after the cloud communications provider released fourth-quarter 2020 financial results. Shares closed the day down 12.3%. 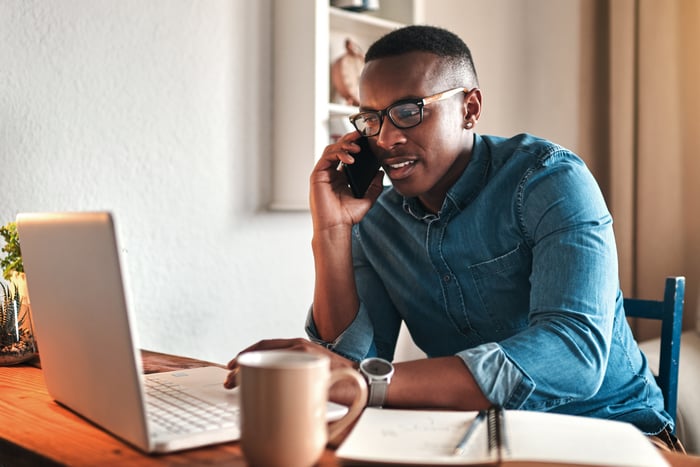 Another surprise was the decision to keep the consumer business instead of selling it. Management said the expected $600 million in cash generation over the next five years played a role, and there may not have been many compelling offers given the 15% drop in revenue for the segment last quarter to $79 million.

For the full-year, Vonage lost $36.2 million, and that alone makes it tough to see the company as a value stock. And without much revenue growth, investors abandoned shares today. Unless we see an improvement on either the top or bottom line, this is a company I would be leery of in a highly competitive communications market.

These Growth Stocks Could Double in 2016