Earnings and guidance came in a bit lower than Wall Street had expected.

Shares of Westinghouse Air Brake Technologies (WAB 1.24%), also known as Wabtec, were trading down by as much as 10% on Thursday after the locomotive and railroad car manufacturer reported quarterly results that missed expectations. Guidance for 2021 was also lighter than analysts were looking for, but the company's long-term outlook still looks solid.

On Thursday morning, Wabtec reported adjusted fourth-quarter earnings of $0.98 per share, falling short of analysts' consensus expectations of $1.03 per share. Revenue, at $2.02 billion, was also a bit below what Wall Street had expected. 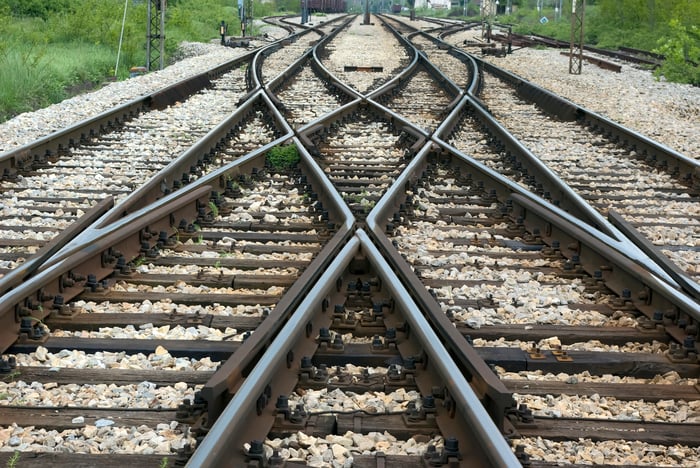 Operating income came in at $283 million, below the $288 million estimate. Wabtec blamed lower freight and transit sales due to pandemic-related disruptions for the underperformance.

Wabtec said it expects adjusted earnings per share of between $3.90 and $4.30 in 2021, which is below the analysts' consensus $4.34 per share estimate. Revenue is forecast to come in at between $7.6 billion and $7.9 billion; Wall Street was anticipating $7.85 billion.

The good news is that the company's backlog of orders is growing: It stood at $21.6 billion at year's end, up from $21.4 billion at the end of the third quarter, and Wabtec said transit demand is expected to improve in the quarters to come.

It appears what we are seeing here is pandemic-related near-term sluggishness, and not a long-term decline in demand. Investors reacted negatively on Thursday, and just before the close of trading, Wabtec shares were still down by around 9%. But there is nothing in these results to suggest that patient long-term shareholders ought to be thinking about pulling the emergency brake.