The company's defense against allegations by a short-seller are failing to give the stock a boost on Monday.

EHang Holdings (EH 1.84%) had a difficult week last week, with the shares down more than 50% after the autonomous air taxi came under fire from a short-seller. The company on Monday attempted to refute the accusations against it, but the shares were still off by as much as 10% on the day. 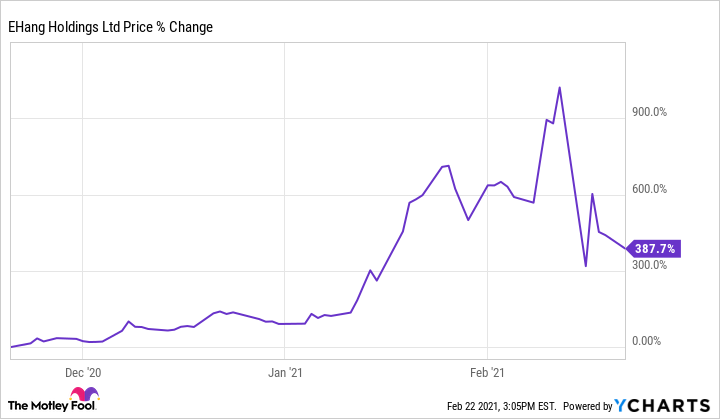 Ehang is a Chinese company working to develop an electric, autonomous flying shuttle. The stock has caught fire of late, at one point up about 1,000% in less than three months but was sent plunging toward earth last week by a critical report from Wolfpack Research.

Wolfpack accused EHang of being "an elaborate stock promotion," arguing that the company's primary customer was not really interested in air taxis but rather has signed "sham sales contracts to benefit its investment stock price." EHang a day later refuted those allegations and promised to provide evidence to back up its position. 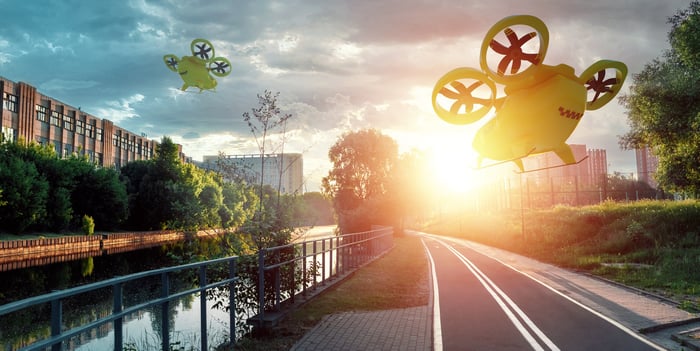 The company in a statement Monday provided details about its dealings with Shanghai Kunxiang Intelligent Technology, the customer at the center of the Wolfpack investigation. EHang said that Kunxiang " is only one of EHang's many customers and it is not a related party of EHang."

Kunxiang, according to EHang, represented just 24% of its $4.2 million in 2019 revenue and said more than 70% of that revenue has been collected. EHang also references a four-minute YouTube video uploaded on Feb. 22 that it says shows a Kunxiang trial flight over Turpan, China. The video, Ehang claims, demonstrates the customer is indeed interested in its aircraft.

Ehang says Kunxiang was not its largest customer in 2020 and is now "in the process of taking legal actions against Wolfpack Research for its malicious act and false allegations in order to protect the interests of the company and its shareholders."

So why is EHang down even after updating its defense? It's possible that the short report has at least temporarily taken the momentum out of this momentum stock or at least provided a reminder that what goes up can quickly go back down.

EHang, even after falling 67% in a single trading session last week, is still up 156% year to date, and the market values this nascent manufacturing company at more than $3 billion. That's rich even assuming everything Wolfpack said is incorrect.

Couple the valuation risk with the risk that Wolfpack is NOT incorrect, and it is understandable if some investors are now a bit more gun-shy about the stock than they were only a few weeks ago. Given the uncertainty, and the valuation, I'd advise watching this one play out from the sidelines.