On a more positive note, net sales jumped 28.5% year over year, reaching $84.5 million and matching analyst predictions. Approximately the same results of net sales growth and a net loss are reported for Freshpet's full fiscal 2020. CEO Billy Cyr says the company "produced our fourth consecutive year of accelerating growth in 2020" and now expects to have 11 million households as customers by 2025 rather than the originally predicted 8 million, a 37% increase. 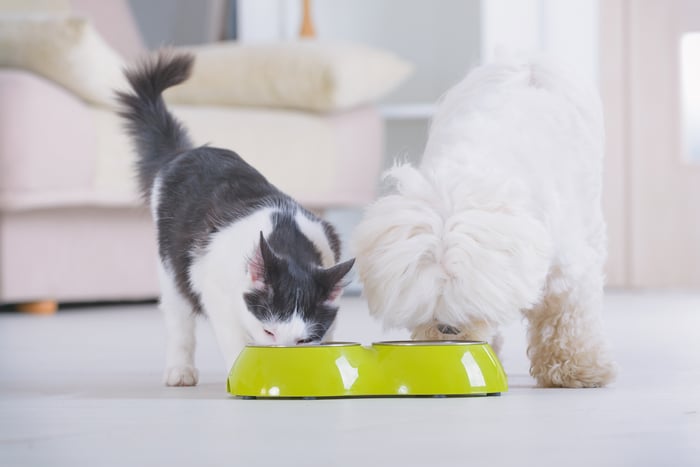 Among major analysts, Oppenheimer isn't bothered by the earnings miss and still thinks Freshpet is the cat's meow. In a research note released this morning, it says it looks "very favorably upon FRPT's global growth prospects" and cites the pet food company's "buying rate within the US, [...] launch of more innovative products, and international expansion" as reasons the stock is still a "top pick." Freshpet has shown plenty of momentum in recent years, including a 2,000% return over the past half-decade, potentially lending weight to Oppenheimer's optimism.

Besides reporting its results yesterday, Freshpet also announced a follow-on stock offering after stock market close, consisting of $300 million worth of common stock. The offering's underwriters have the option to buy up to $45 million in additional shares. Freshpet's stock is currently down 9% in early afternoon trading.